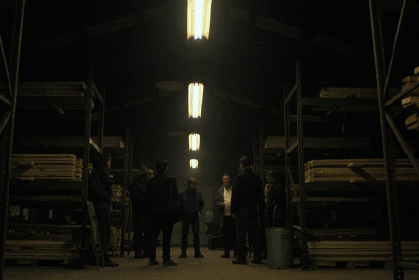 The Standoff At Sparrow Creek

RLJE Films has acquired all North American rights to Cinestate and XYZ Films’ thriller The Standoff At Sparrow Creek ahead of its world premiere in TIFF Midnight Madness on Wednesday (12).

When a former police officer realises the killer belongs to the same militia he joined after quitting the force, he fears the killing might set off a chain of copycat violence.

What follows is a gruelling probe to uncover the identity of the killer after he rounds up his fellow militiamen and quarantines them in a remote lumber mill to conduct the investigation.

“This is our seventh collaboration with Dallas Sonnier, the producer of Bone Tomahawk and Brawl In Cell Block 99,” said RLJE Films chief acquisitions officer Mark Ward. “With a Black List script by Henry Dunham and a talented cast led by James Badge Dale, we are confident we will not disappoint genre enthusiasts at this year’s Midnight Madness at TIFF.”

Ward and Jess De Leo of RLJE Films negotiated the deal with Sonnier and UTA Independent Film Group on behalf of Cinestate and the filmmakers.