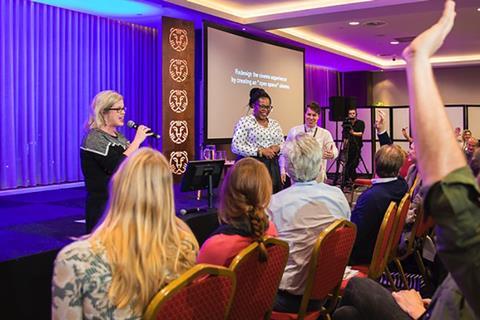 Four working groups at Rotterdam’s Reality Check conference came up with a list of actions that can improve content and audience diversity and engagement.

The closed working groups, each with up to 9 experts, presented their ideas in a public session that closed Reality Check, IFFR’s new distribution conference.

One especially popular suggested action point was creating a code of conduct for film festivals to have more diverse and inclusive juries, panel speakers and selection committees.

It was noted that festivals can do this immediately, on their own terms, without waiting for a global guideline to be established. Film experts were also encouraged to have their own personal code of conduct as well.

The other suggestions were:

Read more: How to grow film audiences? Make it easy for them, say experts

The working groups were:

Festival director Bero Beyer closed the conference by saying, “What we hoped for has happened, where a load of great ideas came forward and people discussed things openly and in a multitude of ways, and started what we as a festival are sometimes trying ourselves to do… It always takes many more people of whatever gender, whatever race, whatever background, whatever inspiration to come forward and to discuss these things openly.”