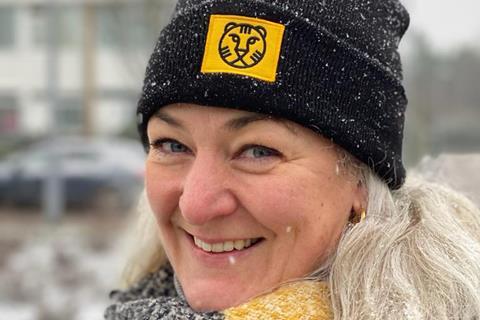 It will mark the end of a 20-year stint at the festival for van den Elshout, who began her IFFR career as an intern at the festival’s co-production market, CineMart, in 2000. Since 2006, she has been head of IFFR Pro, the festival’s industry section, which includes CineMart and the Hubert Bals Fund.

Among the many initiatives van den Elshout has overseen over the last two decades, she is credited with growing the producer’s training programme Rotterdam Lab and launching Reality Check, the annual conference during the festival dedicated to discussing the most important issues facing the film industry.

Van den Elshout has also worked as advisor and international liaison on the development of Durban FilmMart which had its inaugural edition in 2010, and acted as founding partner, together with Realness Institute, EAVE and Sundance Institute, in creating Creative Producer Indaba as a development programme from producers from the African continent.

“It is almost impossible to summarise Marit’s contribution to IFFR, as she has been instrumental over the last two decades in growing IFFR Pro into the world-leading industry platform it is today,” said IFFR director Vanja Kaludjercic. “Even though we are sad to see her go after IFFR 2022, Marit will leave us in a firm position to grow and evolve. We thank Marit for her invaluable support and hope she can look on with pride as we move towards the future.”

Van den Elshout herself admitted that it will be tough to leave IFFR after all these years.

“IFFR has been far more than a job to me for the past 20 years. Saying goodbye will not be easy, but I believe now is the right time, during this pandemic recovery, for the festival to evolve and to advance the work that I am so proud to have been a part of over all these years,” she said.

“It goes without saying that I have a huge heart and passion for the festival but I also just want to explore what else is out there.”

Van den Elshout (who will leave IFFR at the end of next February) is expected to stay in the industry. “For the moment, yes. This is where my heart lies, and my knowledge and my networks,” she said. “I am not closing the door as a freelance to still do things for the festival in the future – it’s not a sad goodbye, it is a really positive parting.”