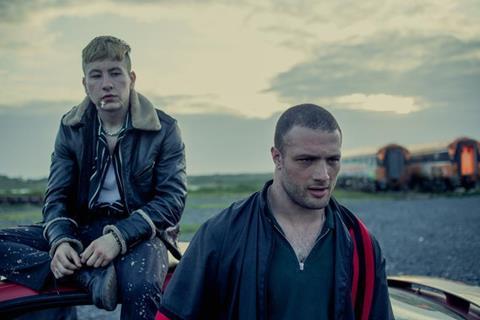 The DMC Film and Element Pictures production in association with Altitude Film Entertainment was developed and co-financed by Film4 and Fís Éireann/Screen Ireland with the participation of The Western Region Audiovisual Producer’s Fund/WRAP Fund.

Daniel Emmerson is producing, with Michael Fassbender and Conor McCaughan serving as executive producers for DMC, alongside Ed Guiney and Andrew Lowe for Element Pictures, Sam Lavender, Sue Bruce-Smith and Daniel Battsek for Film4, Will Clarke and Mike Runagall for Altitude, Celine Haddad for Screen Ireland, and Sarah Dillon for the WRAP Fund.

Jonathan Saba negotiated the deal for Saban Films with Altitude Film Sales and CAA Media Finance on behalf of the filmmakers.