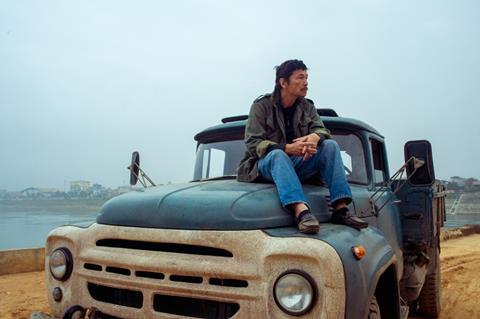 ‘The Paths Of My Father’

Six debut films from Latin America have been selected for the prestigious Films in Progress 36 strand at this year’s San Sebastián Film Festival (Sept 20-28).

The bi-annual initiative, run jointly by San Sebastián and Cinélatino-Rencontres de Toulouse, is designed to help films in post-production and international distribution. This round of projects, selected from a total of 185 productions, hail from Brazil, Colombia, Mexico, Panama and Uruguay.

Among the titles are Mauricio Osaki’s Brazilian/Polish co-pro The Paths Of My Father, expanded from the director’s short My Father’s Truck, which made the shortlist for the live-action shorts Oscar in 2014. About a truck driver in North Vietnam, it was selected for the Seattle Film Festival’s works-in-progress forum.

Four previous Films in Progress projects have been selected for this year’s festival: The Prince, by Sebastián Muñoz, Armando Capó’s August and The Sharks, by Lucía Garibaldi are all in the Horizontes Latinos section, with Jorge Riquelme’s Some Beasts in New Directors.

The Paths Of My Father (Bra-Pol)
Dir. Mauricio Osaki
Prod. Dezenove Som E Imagens, Kraków Film Klaster
Trung, a truck driver who travels constantly in North Vietnam, learns that his mother-in-law has been taken to hospital and that he has to take care of Vy, the 10-year-old daughter he hardly knows, since she’s been raised by her grandmother. His next trip is already booked and, despite being loath to take his daughter with him, he has no option. Trung and Vy are forced into each other’s company on an emotional journey between two generations on the roads of North Vietnam: her first and his last. Debut film.

The Red Tree (Col-Panama-Fr)
Dir. Joan Gómez Endara
Prod. In Vivo Films, Viso Producciones
When his father dies, Eliécer is left to care for the half-sister he’s never met, called Esperanza. His mission is to take the girl to the capital to find the mother who abandoned her as a baby. The decision not to take responsibility for the girl, and the fulfilment of his duty, oblige Eliécer to set out on a journey on which he will accept the company of Toño, the young boatman whose dream is to make it to the city to become a boxing champion. At the end of the road, Eliécer must decide if he wants the home and family that he and Esperanza had lost. Debut film.

Hilda’s Short Summer (Uru-Bra)
Dir. Agustín Banchero
Prod. Tarkiofilm, Arissas
Hilda is a solitary woman who lives in the town of Concepción and who deliberately breaks the ties of any kind of affectionate relationship with those in her immediate circle. Her life is interrupted by the news that the son she hasn’t seen for years is coming to visit. Thus start the preparations to improve her house and her image, both of which have deteriorated in recent times. As the date approaches, her son cancels the visit and postpones it indefinitely. Now Hilda must live a summer in the past. Debut film.

Madalena (Bra)
Dir. Madiano Marcheti
Prod. Polo Ms Cinema E Vídeo Me, Raccord Produções Artísticas E Cinematográficas
The body of Madalena, a trans woman, is lying in a field of soy. In a peripheral neighbourhood, Luziane lives without great expectations. In a luxury condominium on the other side of town, Cristiano, under pressure from his family, tries to prove that he can take care of his father’s soy plantation. In a far-off corner of the forest, Bianca and other friends transmute their love for the death of their friend Madalene. Though Luziane, Cristiano and Bianca do not know one another, Madalena’s spirit, hanging over the town, forms a bond between them. Debut film.

Nudo Mixteco (Mex)
Dir. Ángeles Cruz
Production: Madrecine, Madrecine, Ei2 Media
Three intertwined stories during the patron saint’s celebrations in San Mateo, a town in Oaxaca’s Mixteca region. Esteban, a migrant, returns after three years to discover that Chabela, his wife, is now with another man. Furious, he summons the locals to pass judgement on her at a meeting. María returns from her mother’s funeral only to be rejected by her father. Uncertain and hurt, she asks Piedad, her childhood lesbian girlfriend, to leave with her. Toña relives her own pain when her daughter is sexually abused and returns to confront her family to protect the girl. Debut film.

Non Distinguishing Features (Mex)
Dir. Fernanda Valadez
Prod. Corpulenta Producciones, Avanti Pictures
Magdalena sets out on a peregrination in search of her son, who disappeared en route to the US border. Travelling through the desolate towns and landscapes of today’s Mexico she meets Miguel, a young man recently deported from the United States who is on his way home. The two accompany one another: Magdalena looking for her son, and Miguel eager to see his mother again in a territory where victims and aggressors ramble together. Debut film.