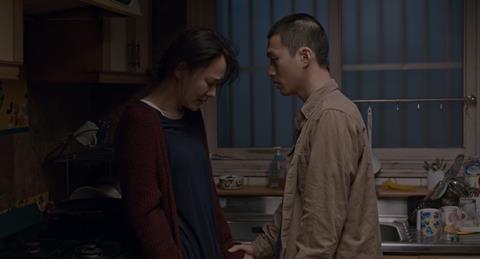 They also unanimously awarded Clean Up, saying they had been “completely engaged and impressed” with the film, finding it “original, surprising and deeply emotional, with detailed characterisation, perfect control and masterful psychological development.”

They praised Rona, Azim’s Mother as “a stirring and beautifully acted drama about the plight of a family of Afghan refugees living in Iran, realised with great economy and emotional power.”

As for The Rib, they lauded the film as “an empathetic and elegantly crafted portrait of the struggle for rights and recognition within China’s transgender community, told through a story of parents and children, faith and identity at odds.”

The festival reported a total attendance of 195,081 admissions, up from last year’s 192,991 despite the typhoon on Saturday, October 6. Early bird ticket sales also went up 10% compared to last year.

With the freedom of expression boycott from local film organisations completely over, this year’s festival was marked by a generally more exuberant atmosphere.

Organisers reported more local filmmakers, actors and actresses in attendance and local companies and organisations were back to holding large parties along Haeundae beach and in BEXCO.

Actor & Actress of the Year Awards:

(this year both going to actresses)

Choi Hee-seo in Our Body (Korea)