Festival reveals the award winners from its 34th edition. 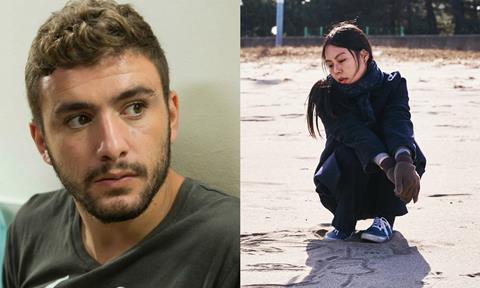 Scaffolding has won the best Israeli feature film prize at the 34th edition of the Jerusalem Film Festival.

A jury consisting of Elle producer Saïd Ben Saïd, artist Yael Bartana, cinematographer Agnès Godard and Cíntia Gíl, director of film festival Doclisboa, said of the film: “For a film that combines the reality of a group of teenagers and the will of questioning cinema and the role of filmmaking. For its capacity of capturing the tenderness sometimes behind these kids’ violence, their capacity for love, their surprising imagination, in a society that places them in a marginal role forever.”

The festival’s international competition, running for a second year in 2017, saw the top prize go to Hong Sang-soo’s On The Beach At Night Alone, which premiered at Berlin Film Festival earlier this year.

The film receives a prize worth $20,000, put up by the The Wilf Family Foundation.

A jury consisting of Israeli filmmaker Nadav Lapid, actress Evgenia Dodina and journalist Deborah Young commended the film in a statement: “Using the simplest of cinematic tools, Hong Sang-soo creates a mysterious magic, rooted in the heart of daily life. Love, hatred, affection, rage, sexuality, loneliness and deep pain are reflected in the face and body of a young woman, the main character, one of the deepest descriptions of a human being we’ve seen in cinema in recent years.”

The Van Leer award for best Israeli documentary film went to Anat Yuta Zuria and Shira Clara Winther’s Conventional Sins. The film follows a man who returns to the diary of his 15-year-old self, recounting the abuse he suffered at the hands of a network of Orthodox Jewish paedophiles.

The Wilf Family Foundation Award, in the sum of 20,000 USD: On The Beach At Night Alone by Hong Sang-soo

Honorary Mentions: Western by Valeska Grisebach; A Man Of Integrity by Mohammad Rasoulof

The Cummings Award for Best Feature Film: The Other Side Of Hope by Aki Kaurismäki

The Haggiag Award for Best Actress: Samira Saraya for her performance in Death Of A Poetess

The Jerusalem Foundation Award for Best Editing: Michal Openheim for The Cakemaker

Van Leer Award for Best Director of a Documentary: In Her Footsteps by Rana Abu Fraiha

The Van Leer Award for Best Live Action Film: Portrait Of My Family In My Thirteenth Year by Omri Dekel-Kadosh

The Van Leer Award for Best Documentary Film: Keren Or (A Ray of Light) by Lihi Sabag; Honorary Mention: The Bride’s Tree by Shadi Habib Allah

The Ostrovsky Family Fund Award: Sham (There) by Thalia Hoffman

The Jewish Experience Awards - Courtesy of Michaela and Leon Constantiner

The Lia Award in honor of Lia van Leer for films dealing with Jewish heritage: The Cakemaker by Ofir Raul Graizer