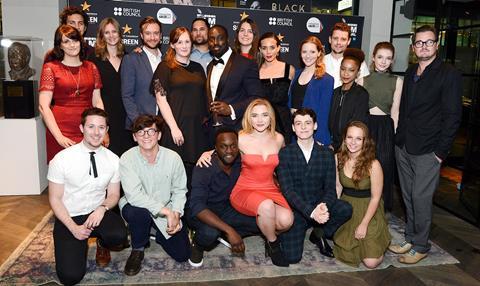 Following the unveiling last week of Screen International’s 2016 Stars of Tomorrow, presented for the second year running as part of the BFI London Film Festival’s programme of events, Screen is joining with the British Council to celebrate the Stars tonight at an invitation-only international industry dinner at 34 Mayfair in London. The evening is supported by the British Council and the Casting Society of America (CSA).

Fionnuala Halligan, Screen International reviews editor and curator of Stars of Tomorrow, said: “Many of the actors featured in 2016 will inevitably become internationally recognised, and that is also the goal for the producers, writers and directors in today’s global marketplace. It is so wonderful of British Council to support them at this early stage and their consistent encouragement over the last three years has been much appreciated and incredibly helpful.”

Briony Hanson, director of film at the British council, added: “We’re absolutely thrilled to be partnering with our friends from Screen, the London Film Festival and the Casting Society of America for a third time on this very special dinner, where the brightest emerging talent from across the UK and Ireland can sit down with established industry decision makers and esteemed international filmmakers.

“We’re looking forward to kick-starting new conversations and relationships that will last long into the future.”

Stars of Tomorrow expected to attend include Florence Pugh, star of TIFF premiere Lady Macbeth, Chris Urch, who is writing the Alexander McQueen biopic that former Star of Tomorrow Andrew Haigh will direct, Barney Harris, who appears in Ang Lee’s Billy Lynn’s Long Halftime Walk, and Arnold Oceng, who is in LFF opener A United Kingdom.

Lessall commented: “The Casting Society of America is excited to continue our relationship with the BFI London Film Festival and British Council. As the leading worldwide organisation of casting directors and with nearly 30 casting director members in London, CSA is committed to highlighting the valuable role a casting director plays in Film, Television, Theatre and New Media.

“Our continued involvement with this festival and the Stars of Tomorrow is just one way we are able to highlight our contribution and recognise such wonderful talent as well.”

The dinner will be preceded by a private meeting between the US casting directors and the actors.

This is the 13th year that Screen International has curated its UK Stars of Tomorrow. Talents highlighted in the past include Benedict Cumberbatch, Eddie Redmayne, James McAvoy,