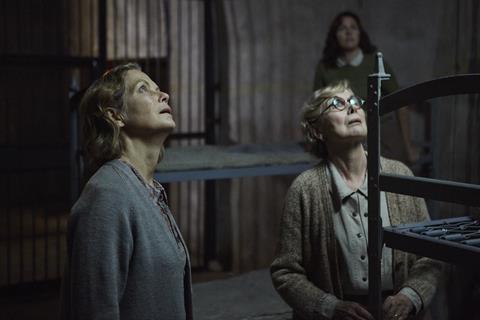 Principal photography is underway on the film, which will shoot for six weeks across Somerset and the South West of England.

Another Mother’s Son is set during the Second World War, when the island of Jersey was occupied by the Nazis.

The film is based on the true story of Louisa Gould, who took in an escaped Russian POW and hid him over the course of the war, amid growing tension as it became clear that British wartime leader Winston Churchill would not risk an assault to re-capture the island and the community began to fray under pressures of hunger, occupation and divided loyalty.

Kenwright said: “Another Mother’s Son is a powerful story that celebrates the bravery of one woman, determined to protect a young man’s life against the context of the Nazi occupation of Jersey.

“We are thrilled to have such an accomplished and diverse cast coming together to tell Louisa Gould’s story for the first time on film.”

Seagrove, best known for her role in TV series Judge John Deed, as well as features including Local Hero, will play the principal role of Louisa Gould.

Singer-songwriter Keating, who acted in the stage production of Once and starred in 2013 comedy-drama Goddess, will play Gould’s brother, Harold Le Druillenec (the only British survivor of the Belsen concentration camp).

Hannah, star of The Mummy franchise as well as TV series Damages and Spartacus, also joins the cast alongside Abbington (Sherlock), Hampshire (Monarch of the Glenn) and Peter Wight (Another Year, Babel).

The film also introduces Julian Kostov - soon to be seen in reboot epic Ben-Hur - as the young Russian POW.

Producer is Daniel-Konrad Cooper while executive producers are Steve Potts and Naomi George.