Secret Cinema going Back to the Future 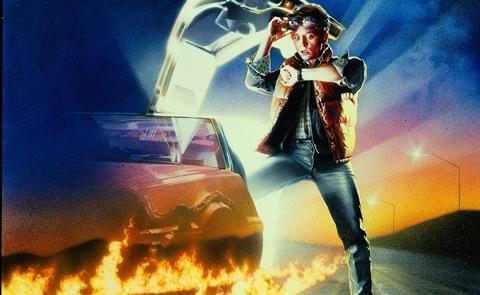 Secret Cinema has promised its “most epic and detailed production to date” around a screening of 1985 classic Back to the Future.

The event cinema organisation, which fuses film, music, theatre and installations, also said the production will be “the biggest live cinema event ever staged in the UK”.

Secret Cinema presents Back to the Future will run from July 24 to August 10 will rebuild the fictional town of Hill Valley from the time travel movie. Audiences will wander between 1955 and 1985 as well as navigate secret alleys and entrances in the town that will allow them to travel to the heady future of 2015.

As in previous productions such as Dirty Dancing, Grease and Top Gun the event will follow an interactive format of immersing audiences into the world of Back to the Future and Hill Valley in the first half of the evening followed by a screening of the Robert Zemeckis film, starring Michael J Fox and Christopher Lloyd, alongside “extra experiential surprise elements”.

A Battle of the Bands contest will determine who will play on stage each night, as well as a secret headline high profile band. The famous ‘Enchantment under the Sea’ Prom dance will take place at an after party venue near the secret location.

Audience participation will feature heavily throughout each event, with audiences becoming characters inside Hill Valley, with some being thrown into a time machine and transported into another existence, and others will become part of the worlds of 1955 and 1985.

Tickets will go on sale tomorrow (June 4) via the Secret Cinema website: www.secretcinema.org/tickets. The show will be the accumulation of close to 45 large scale cinematic productions before Secret Cinema takes the concept global in 2015.

The organisation has also announced that it will move its ‘Future Cinema Presents’ brand under the one ‘Secret Cinema Presents’ umbrella brand. This strand will continue to present cult classics and new releases, revealing the film prior to the event, with all changes to the brand effective from June 6.

“We will play heavily on the innocent dreamlike Americana world of 1955 and the nostalgic pre mobile phone world of 1985.

“With this production we are moving Future Cinema into Secret Cinema Presents which will continue to stage cult classics and new releases such as the recent critically acclaimed Grand Budapest Hotel and last year’s Searching for Sugarman.”

The show will be the accumulation of close to 45 large scale cinematic productions before Secret Cinema takes the concept global in 2015.