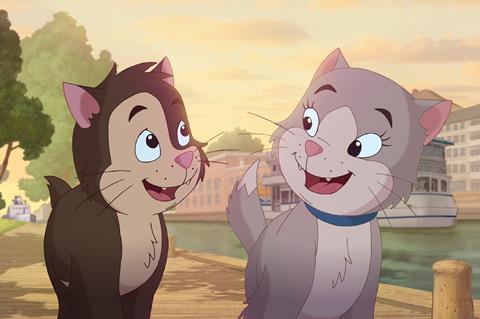 In a further sign of its international ambitions, Stockholm-based SF Studios is starting pre-sales in Cannes for Pelle No-Tail, its first animated feature that will be dubbed into an English-language version in addition to its original Swedish.

Screen can exclusively reveal a first image from the film above.

SF Studios is selling world rights, excluding Scandinavia, to the animated family feature based on the classic Swedish children’s novels by Gösta Knutsson.

Christian Ryltenius directs and Jon Norstedt and Gila Bergqvist Ulfung are producing for SF. Norstedt, whose credits include Borg/McEnroe, is one of this year’s EFP Producers on the Move in Cannes.

In Cannes, buyers will be able to view the script in English as well as viewing work-in-progress clips, according to SF.

The film is planned for a 2019 Christmas release in Sweden.

SF is actively moving into more English-language fare, including the partially English language Borg/McEnroe, forthcoming survival thriller Horizon Line, a US remake of A Man Called Ove and I Am Victor based on an upcoming novel by Jo Nesbø adapted by Neal Purvis and Robert Wade. The company opened a UK office in 2017.

Pelle No-Tail is about a pampered kitten who is forced to travel from his home in the countryside to a strange city, where he meets a new friend, Maya Whitewhiskers.

SF Studios head of international sales Anita Simovic said, ”We fell completely in love with the timeless animation about Pelle No-Tail, which in a way takes you back to grand animated classics such as Aristocats and An American Tail, while being contemporary and fresh.”

Ryltenius previously collaborated with SF Studios on two other animated box office hits, Bamse And The City of Thieves (2014) and Bamse And The Witch’s Daughter (2016).

The film is co-production with SVT, Film i Väst, Bonnierförlagen, and Sluggerfilm with support from the Swedish Film Institute and Nordisk Film & TV Fond.