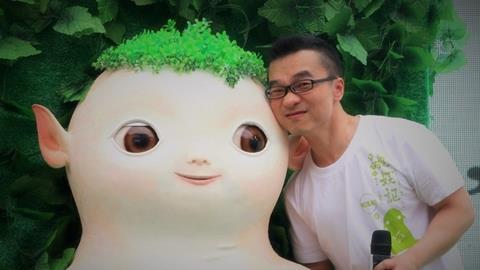 The $30m Chinese-language film will star Bai Baihe (Personal Tailor), Kai Ko (You Are The Apple Of My Eye) and Jiang Wu (A Touch of Sin).

Based on the supernatural classic Strange Tales From A Chinese Studio, the film will feature Woba, a CGI protagonist who is the last of the monster kings embroiled in a war with humans that has lasted generations. His quest is to bring unity to the two races with the help of characters played by Bai and Ko.

“We give this classic tale a new spin by reducing the horror element and reinventing it with family-friendly fantastical characters and settings in an epic style,” said Hui.

Hui’s other credits include animating Shrek and Puss In Boots. Monster Hunt will be his first Chinese-language film as well as his live action feature directorial debut.

Edko plans an Asia-wide release for the film around the Lunar New Year holidays, which fall in February 2015.