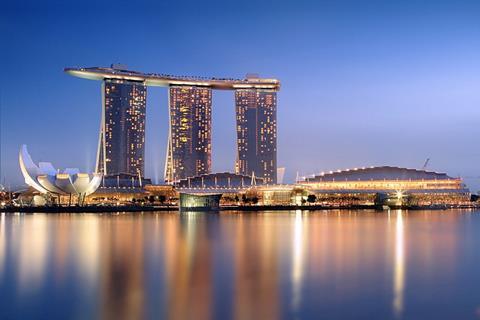 Singapore’s Infocomm Media Development Authority (IMDA) has launched a $14.7m (S$20m) initiative to partner with film and media investment funds that set up in the city state to invest in film and TV content across Southeast Asia.

Describing the S$20m as a “catalyst to attract other investors”, IMDA has launched an open call for partners that can “jointly support the creation of a vibrant media financing ecosystem”. Although it hasn’t yet defined the criteria for these partners, it is envisioned they will include film and media funds, VCs, private equity firms and other entities that are common to film financing in North America and Europe but are often absent in Asia.

IMDA said in a statement: “Interested parties must be willing to base their operations out of Singapore and possess both strong regional or global domain expertise in media, as well as an established track record in media funds management and investment capabilities.”

“Singapore is a strong financial hub, but what we’ve identified as a gap is financing for the media system in Asia,” said Rob Gilby, IMDA board member and chairman of the Singapore Media Festival Advisory Board. “The opportunity is here but there’s not as many experts in the financing aspect as there should be. We’re a financing hub and the number of VCs has gone through the roof in the past 24 months, but most of those are tech investors and when it comes to media they’re much less comfortable.”

While Asia has many thriving film and TV production industries, much of the financing comes from family-owned firms, local studios and casual or opportunistic investors, rather than structured funds or debt financing entities.

IMDA’s predecessor, the Media Development Authority, had a stab at co-investing in media funds around ten years ago, but the scheme was abandoned when one of its partners, RGM Entertainment, misappropriated S$10m of government money. Learning from those mistakes, the new-look IMDA has tightened it processes for due diligence and governance and plans to invest smaller sums across a greater number of partners and funds.

The initiative was one of a raft of programmes and partnerships announced by Singapore’s Minister for Communications and Information, S Iswaran, at the on-going Asia Television Forum (ATF) at Marina Bay Sands.

Under the partnership with HOOQ, the IMDA will co-fund Singapore-driven stories that will be distributed on the streamer’s platform, which so far reaches Singapore, Philippines, Thailand and Indonesia. IMDA is also providing a grant for HOOQ to produce scripts from three participants in its WritersLab initiative.

IMDA is also partnering with Tencent and VS Media to identify and groom promising Singapore digital content creators and technology start-ups to meet the demands of Tencent’s Southeast Asia expansion plans. Tencent launched streaming platform WeTV in Thailand this summer and has talked openly about its plans to enter local-language content in Southeast Asia.

Gilby explained that all these initiatives form part of Singapore’s pivot away from its “Made In Singapore” mantra to its new strategy of “Made With Singapore”, which recognises the development role that Singapore can play across Southeast Asia.

“Singapore is quite proactive in saying we have a finite size to our market, so developing that alone will not get us the returns to develop much more,” said Gilby. “The way we help our Singaporeans is to be part of the growing system around the whole region, so supporting the rest of the region actually helps us. We need to play a role, not dictate a role, and create value for others and then share in that value.”

Those strategies appear to be paying off with Singapore fast emerging as the leading hub in Asia for the TV, streaming and digital production industries, with several companies setting up their regional headquarters in the city state, including Netflix, WarnerMedia, Discovery, Facebook, YouTube and Google. Other companies are expected to follow soon thanks to the government’s favourable incentives and policies and the city’s reputation as a transparent financial hub.