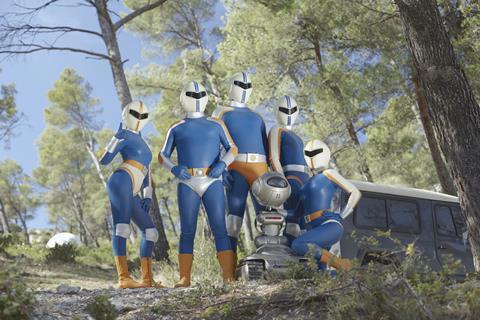 Magnolia Pictures has acquired North American rights to Smoking Causes Coughing, the French comedy from Quentin Dupieux that had its world premiere in the Midnight section at last month’s Cannes festival.

Written and directed by Dupieux, the film follows the misadventures of the Tobacco Force, a team of five superheroes (played by Gilles Lellouche, Anaïs Demoustier, Vincent Lacoste, Jean-Pascal Zadi and Oulaya Amamra) who face a villain trying to annihilate the Earth.

Hugo Selignac produced the film for Chi-Fou-Mi Productions in coproduction with Gaumont, with the participation of Canal+, OCS and TMC.

Magnolia, which previously released Dupieux’s Mandibles and Rubber, is planning a 2023 release for Smoking, which last month was acquired for the UK and Ireland by Picturehouse Entertainment.

Said Dupieux: “I am so happy to team up once again with Magnolia after Mandibles and Rubber. Smoking Causes Coughing could not find a better home in North America. I am so excited, I could write a sequel.”