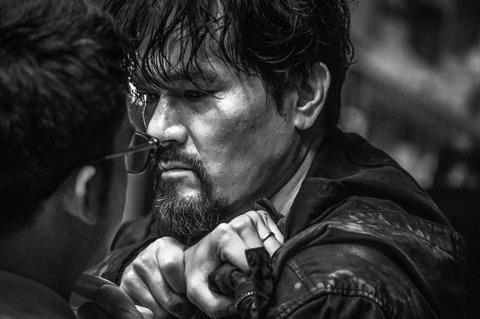 Soi Cheang’s crime thriller Limbo leads the pack for the 40th Hong Kong Film Awards (HKFA) with 14 nominations, as the event prepares to return as an in-person ceremony following last year’s cancellation as a result of the pandemic.

The black and white crime noir, which premiered in Berlinale Special in 2021, secured nods including best film, best director and for actors Lam Ka Tung, Cya Liu and Fish Liew. The thriller centres on a veteran detective and rookie copy who team up to catch a serial killer.

It was closely followed by Anita, a biopic of Canto-pop legend Anita Mui directed by Longman Leung, which secured 12 nominations. The feature premiered as the closing film of the 2021 Busan International Film Festival.

Keep Rolling, a tribute to renowned Hong Kong director Ann Hui, was the only documentary across all categories to receive nominations. Art director-turned-documentarian Man Lim Chung picked up nominations for the film in both the best new director and best director categories.

Man will compete for best director against the late Chan for Raging Fire, Leung for Anita, Cheang for Limbo and Peter Chan for sports biopic Leap.

Lam earned two best actor nominations, one for his role as a veteran detective in Limbo and another for Chan Kin Long’s debut feature Hand Rolled Cigarette, while Liew was also nominated twice in the best supporting actress category for both Limbo and Anita.

The nominations were unveiled today by two-time HKFA best actor Nick Cheung and Kearen Pang, winner of best new director in 2018, during an in-person press conference staged at the Kowloon Bay International and Exhibition Centre in Hong Kong.

The 40th HKFA will honour two years of Hong Kong productions from 2020-2021 and is set to take place on April 17 at the Hong Kong Cultural Centre. The previous edition was live-streamed in May 2020 as a closed event with just the HKFA chairman Derek Yee announcing the winners.