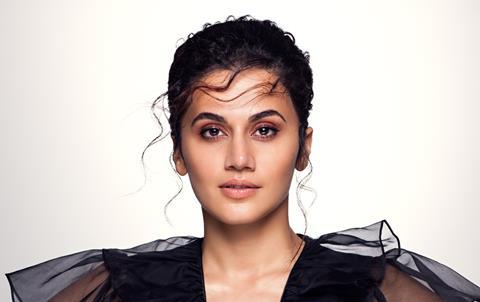 Indian actress Taapsee Pannu, renowned for roles in films such as Pink and Bull’s Eye, will head the cast, along with Tahir Raj Bhasin (Mardaani). Aayush Maheshwari, who first approached Ellipsis with the remake rights, will also produce.

Produced by Germany’s X-Filme Creative Pool, the original Run Lola Run starred Franka Potente as a woman who has 20 minutes to save her boyfriend’s life. It swept the German Film Awards and was nominated for a BAFTA.

The Hindi remake, Looop Lapeta, will be directed by ad filmmaker Aakash Bhatia, making his feature debut, from a script by Vinay Chhawal and Ketan Pedgaonkar.

“Looop Lapeta is a shining addition to our slate of clutter-breaking and compelling motion pictures. We love the amazing cast which has come on board to breathe life into this cutting-edge script,” said Vivek Krishnani, managing director, Sony Pictures Entertainment India.

Founded by Tanuj Garg and Atul Kasbekar, Ellipsis Entertainment aims to produce story-driven and unconventional Hindi-language content and has credits including Neerja, Tumhari Sulu and Why Cheat India.

“We are emotional about this film, as it was the first to get green-lit at Ellipsis after our company was formed,” said Garg and Kasbekar. “When Aayush Maheshwari approached us with the rights, we agreed immediately and invested the better part of three years in working on various versions and drafts to adapt the German film to suit an Indian context.”

Sony’s previous Hindi-language productions include Padman and 102 Not Out and the studio is readying a large slate of Hindi films for 2020, including Shakuntala Devi, Nikamma, Helmet and Major, in addition to Looop Lapeta.

Looop Lapeta will commence principal photography in April 2020 and is scheduled for worldwide release on January 29, 2021.