Sony moves ‘Peter Rabbit 2: The Runaway’ from Easter to August due to coronavirus concerns 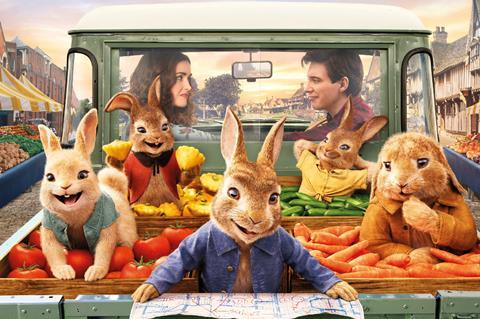 Sony Pictures has pushed the UK, European and US release of Peter Rabbit 2: The Runaway from March 27 to August 7, making it the second major studio release to shift due to concerns about the impact on cinema audiences of measures to combat the new coronavirus.

The studio confirmed it has postponed the US release for the live-action CGI hybrid from April 3 to August 7, partly prompted by Dreamworks Animations’ decision to move Trolls World Tour forward a week to April 10 from April 17,

The change follows that of Universal’s James Bond title No Time To Die, which moved from April to November last week.

It grossed £41.1m ($52.5m) in the UK, topping the box office for four consecutive weeks and finishing as the eighth highest-grossing title released that year.

James Corden returns in Peter Rabbit 2: The Runaway as the voice of the titular rabbit, based on the stories by Beatrix Potter. Rose Byrne, Domhnall Gleeson and David Oyelowo play live-action roles, with Margot Robbie and Elizabeth Debicki among the voice cast.

Sony Pictures’ scheduled upcoming releases in the UK include local comedy Our Ladies on April 24 and war film Greyhound on May 8.