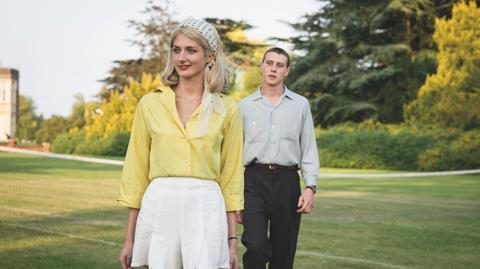 Sony Pictures Television (SPT) has announced that it has taken a minority stake in London-based Blueprint Television.

The new venture led by Pete Czernin and Graham Broadbent of Blueprint Pictures will focus on high end, returning drama series that originate in the UK and can travel internationally, with SPT distributing around the globe.

The company has one show in production - fantasy adventure drama The Last Dragonslayer for Sky1 - and three series in development.

The investment further builds on SPT’s strategy to increase its drama footprint in order to meet the increasing demand for high end drama around the world.

Co-chairmen Broadbent and Czernin and managing director Diarmuid McKeown will team up with executive producer Dominic Treadwell-Collins, who joins as head of television following his time at the helm of long-running BBC soap EastEnders and before that head of development at Kudos’ Lovely Day, where he developed Grantchester for ITV.

Andrea Wong, president of international production at SPT, said of Blueprint: “They already have an incredibly strong development slate and we can’t wait to help them realize their vision.”