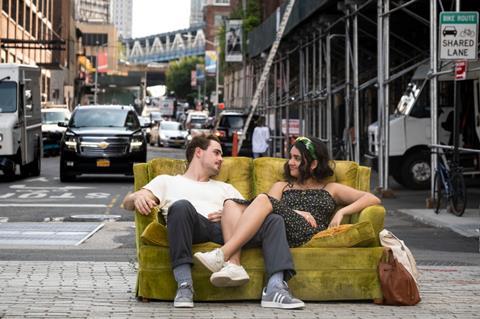 Sony has moved back the release of TriStar Pictures’ The Broken Hearts Gallery to mid-July as Hollywood distribution executives continue to search for the sweet spot and exhibitors prepare to reopen sites across the US.

The rom-com, which the studio acquired last week, had been scheduled to open on July 10 and will now go out one week later on July 17.

The new berth means The Broken Hearts Gallery remains the first summer release of a new film by a Hollywood major, one week before Disney is scheduled to launch Mulan on July 24.

As previously reported, Warner Bros moved back the release of Tenet from July 17 to July 31. Solstice Studios’ Russell Crowe road rage thriller Unhinged is currently set as the first new film to go on July 10.

Dacre Montgomery and Geraldine Viswanathan star in the story of a young art gallery assistant in New York who inspires romantics everywhere when she sets up a pop-up space filled with souvenirs from her former relationships. Selena Gomez served as executive producer.

The Broken Hearts Gallery was produced with the participation of Telefilm Canada and Ontario Creates. Endeavor Content and Jamie Feldman of LGNAFC negotiated the deal on behalf of the filmmakers.