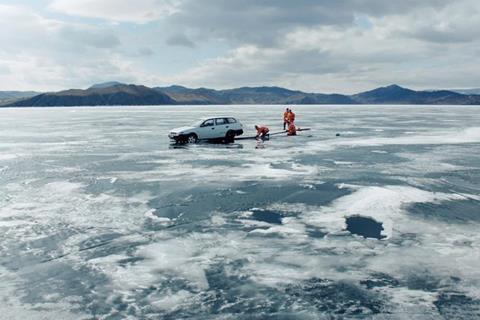 The film received its world premiere at the Venice International Film Festival and also screened at the BFI London Film Festival. SPC plans a 2019 release.

Aquarela was shot in 96 frames-per-second and explores the transformative power of water in nature, from the frozen waters of Russia’s Lake Baikal, to Miami in the wake of Hurricane Irma, to Venezuela’s mighty Angels Falls.

“For me, Aquarela represents a personal journey that encapsulates every possible emotion – from joy and ecstasy to angst and awe – providing a unique lens that allows audiences to develop a deeper connection to the beauty and power of water in all its forms,” said Kossakovsky. “I am deeply grateful and excited to be working with Sony Classics. Their track record for bringing thought-provoking and inspiring films like Aquarela is unparalleled.”

“Victor Kossakovsky has created a mind-blowing experience on screen at 96 frames-per-second with Aquarela and we are excited to share this powerful film and its message with audiences,” said SPC.

The film reunites Michael Barker and Tom Bernard of SPC with Participant Media after recent collaborations on documentaries Merchants Of Doubt, Standard Operating Procedure, and Jimmy Carter Man From Plains, as well as A Fantastic Woman, and No.

The deal was negotiated between Sony Pictures Classics and Endeavor Content on behalf of Participant Media.