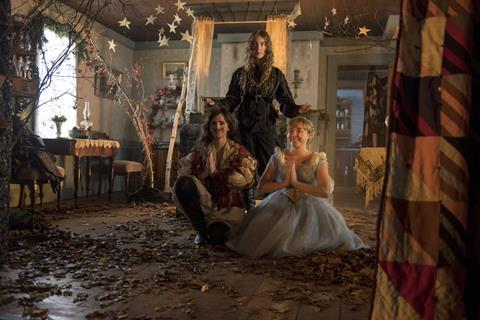 Disney’s Star Wars: The Rise Of Skywalker ruled the UK box office on its second week on release with a three-day weekend gross of £9.3m to take it to £39.4m to date. It is now the seventh biggest film of 2019.

Frozen 2 also impressed, putting on £2.1m over three days. This is a fall of just 4% week-on-week which takes the animation to £46.1m after six weeks on release. This makes Frozen 2 the fifth biggest film of 2019 and Disney Animation’s highest-grossing film of all time in the UK and Ireland.

Disney opened the animated adventure Spies In Disguise, featuring the voice of Will Smith, a Fox inheritance, on December 26. It took £1.5m, including its Boxing Day screenings.

Greta Gerwig’s Little Women was the biggest opener and grossed  £2.7m over the three-day weekend, and £3.6m in total, including previews, from 583 screens. The adaptation of Louisa May Alcott’s classic novel outperformed recent December 26 Boxing Day openers including Bumblebee (£2.5m in 2018) and The Greatest Showman (£2.6m in 2017).

Universal’s all-star musical Cats added £1.9m over the three-day weekend to take it to £7.3m after two weeks on release.

New Wave Films’ Long Day’s Journey Into Night grossed £8,072 from just eight screens. Bi Gan’s Cannes 2018 title is a 138-minute 3D mystery, half of which is told through one continuous shot. The film was nominated for five prizes at Taiwan’s Golden Horse awards in 2018, winning for best cinematography, score, and sound effects.