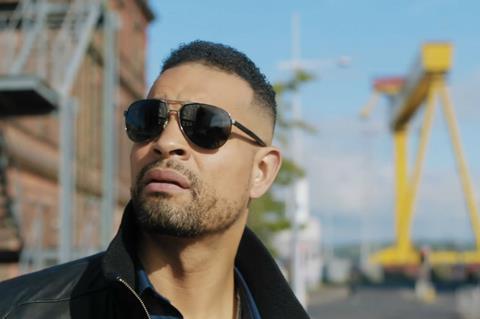 UK sales company Starline Entertainment has picked up rights to Grace & Goliath, the family feature made with the assistance of the Cinemagic training programme.

The second feature production for the Cinemagic scheme, Grace & Goliath offered 48 aspiring filmmakers aged from 17 to 25 the chance to work on a six-week training programme across directing, production, costume and make-up, sound, lighting and music composition.

Those involved came from Los Angeles and Northern Ireland, and took part under the guidance of director Tony Mitchell and producer and Cinemagic chief executive Joan Burney Keatings.

The film stars Emy Aneke (Supergirl) as a Californian A-list star, stranded and penniless in Belfast after a movie goes wrong. His giant ego is challenged by a host of characters, including a little girl called Grace (Savanna Burney Keatings) and her mother, played by Aoibhinn McGinnity (Love/Hate).

Film and television charity Cinemagic started working with young people in 1989, and has since run festivals, workshops and masterclasses around the world to encourage involvement in the industry.

Their first feature production was 2017’s A Christmas Star with Rob James-Collier (Downton Abbey) and Jones, with Pierce Brosnan in the cast and featuring narration from Liam Neeson.