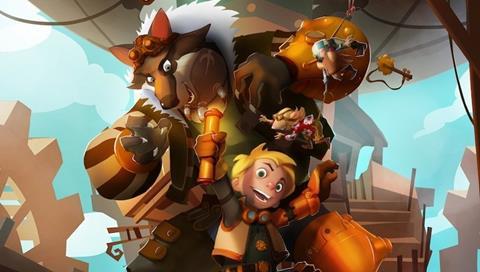 Hawkins and Silver, named for the two leading characters Jim Hawkins and Long John Silver, is set in a steampunk world where animals and humans live alongside each other.

The co-production between China-based Belfry and DeZerlin includes an international alliance with Quixotic Group in Los Angeles.

DeZerlin is a creative development studio that also writes and produces a variety of movies, television series, games and publications for international release.

“We have been in China for well over a decade now, and have had the opportunity to identify the best of the best from all across the nation, and both Belfry and DeZerlin are very rare in understanding what it takes to create mainstream popular entertainment for the world markers,” said Quixotic Group producer Mark Byers.

Hawkins and Silver is set for worldwide release in early 2014.