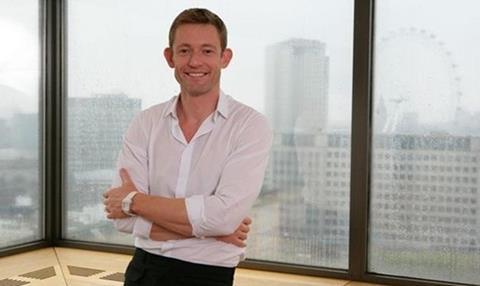 November left his position as director of drama for the terrestrial broadcaster after three years in April, having been responsible for shows including The Durrells, Cilla, Marcella and Cold Feet.

Based in Lionsgate’s London office, as creative director of UK television November will spearhead the company’s slate of original programming and manage its burgeoning relationships with British production partners.

In July, Lionsgate acquired a stake in Primal Media, the fledgling indie established by Gogglebox Entertainment duo Mat Steiner and Adam Wood, while it has also invested in Kindle Entertainment. It also co-financed What Larks’ Channel 4 sitcom Damned.

Kamasa said November was a “visionary and experienced” executive, and brought great relationships with talent.

“He is the perfect choice to oversee the continued build of our UK television business and to collaborate with Kevin, me and the rest of our teams in identifying exciting new creative and strategic opportunities,” he added.

Beggs said: “Zygi and his team have built a premier film brand in the UK, and Steve November has the skills and vision to extend that leadership into television.”

November added Lionsgate was a business with “the scale, ambition and experience to capitalise on the strength and breadth of creativity in the UK and to lead the way in high-end television production.”

As well as Mad Men, Lionsgate is also responsible for Netflix’s Orange is the New Black, CMT / Hulu’s Nashville and E!’s The Royals.