‘Stray’, ‘Prayer For A Lost Mitten’ among Hot Docs winners 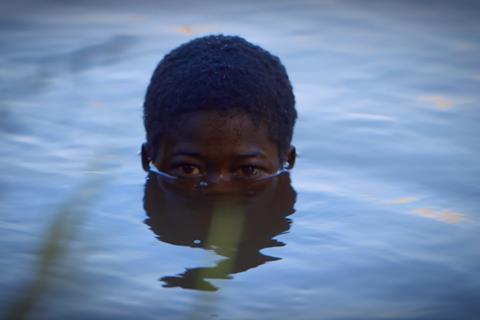 Elizabeth Lo’s Stray about stray dogs roaming the streets of Turkey has won Best International Feature Documentary Award at the Hot Docs as top brass announced C$42,000 in cash prizes on Thursday (May 14).

Festival organisers selected winners from this year’s official competition at the postponed festival and additionally honoured Canadian filmmakers. More than 140 official festival selections and most of the winners will be made available to Ontario audiences online from May 28 on Hot Docs at Home TVOD here.

Special Jury Prize – International Feature Documentary honours went to Rodrigo Reyes’s 499 (Mexico/USA), which explores the legacy of colonialism, while Jean-François Lesage’s Prayer For A Lost Mitten was named Best Canadian Feature for his film about people who claim belongings at the Montreal Metro’s lost and found depot.

The Special Jury Prize for Canadian Feature Documentary went to Michèle Stephenson’s Stateless (USA/Canada, pictured), about a young attorney’s grassroots campaign to protect citizenship rights in the Dominican Republic for people of Haitian descent, while the Emerging Canadian Filmmaker Award given to a first- or second-time Canadian filmmaker with a feature film in the Canadian Spectrum programme has gone to Ying Wang for The World Is Bright (Canada), about an elderly Chinese couple’s quest to unravel the truth about their son’s death.

The Emerging International Filmmaker Award given to a first- or second-time international filmmaker with a feature film in the International Spectrum programme went to Todd Chandler for Bulletproof (USA), which explores the impact of fear and anxiety caused by school shooting massacres.

The award for Best Mid-Length Documentary went to Andrea Testa’s Mother-Child (Argentina), which looks at teenage pregnancy among victims of poverty and systemic gender violence.

The Lindalee Tracey Award, which honours an emerging Canadian filmmaker with a passionate point of view, a strong sense of social justice and a sense of humour, was presented to Salar Pashtoonyar for Bad Omen.

During Hot Docs Festival Online, audiences will also be able to vote for the C$50,000 Rogers Audience Award recognising the top five Canadian films in an audience poll with C$10,000 cash prizes for each. The awards will be announced live on June 7.

Last week, Montreal-based producer Bob Moore of EyeSteelFilm was named recipient of the Don Haig Award, given to an outstanding independent Canadian producer with a film in the festival in recognition of his/her creative vision, entrepreneurship and track record for nurturing emerging talent. As part of the award, the recipient can name an emerging female documentary filmmaker to receive an All-Access pass to Hot Docs 2021, and Moore named Myanmar-based director and producer Snow (Hnin Ei Hlaing).

The 2020 awards for films in competition were determined by four juries.

International co-financing market event Hot Docs Forum saw 22 pitch teams representing 19 countries pitch their projects to top decision-makers, with women representing 18 of the 27 directors and 42 of the 60 producers associated with projects. A total of C$57,000 in cash prizes was awarded to projects.