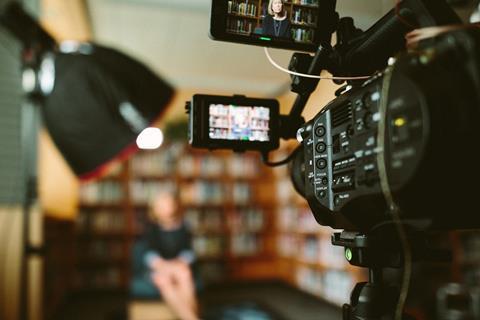 Women directors are still not directing films with the larger budgets that male filmmakers work with, according to an extensive report published by the Swedish Film Institute (SFI) last week.

’The Money Issue: Gender Equality Report 2018’ discovered even if public funding is hitting gender parity in Sweden, financing from private investors does not necessarily follow suit.  “The market appears to have greater faith in the commercial potential of men, even though there is no firm evidence to support this,” wrote Anna Serner, CEO of the SFI, in the foreward to the report.

Of all the Swedish films to receive SFI production funding from 2013-2017, the report found men and women in key roles were nearly equal in low-budget films, but when it came to higher-budget films of over $4m (SEK 35m) only four of 15 films had been directed by women. These are the projects that need to attract further financing, generally from the private sector.

This has a knock-on effect at the box office as audiences are drawn to higher-budget films. Of the Swedish films released in Swedish cinemas from 2012-2016, those with a low budget had just under 40,000 admissions on average. The average for medium-sized budgets was 160,000. Films with a high budget had an average of 440,000 admissions.

Distributors were found to contribute 60% higher funding to films with a male lead.

The report discovered the documentary world is doing better with gender equality. Of all the feature-length documentaries with SFI backing between 2013-2017, 46% of directors were women, 44% of writers and 48% of producers.

Examining acting, the report found there were more men in the lead role when looking at all Swedish feature-length fiction films released at Swedish cinemas between 2013-2017. More women can be found in lead roles in films with SFI funding compared to films without their funding.

As analyst Jenny Wikstrand wrote in the report, “It seems that the leading role’s gender is often the same as the scriptwriter’s gender. 44% of all films with a male scriptwriter have a male lead, and 49% of female scriptwriters’ films have a female lead.”

Yet men in top-billed roles in Swedish films have considerably longer careers than women. Men can win major roles up to the age of around 50, while women get the largest propor¬tion of their roles before the age of 40. Women have a six-year shorter career on average.

The greatest differences are in the budgets for leading roles, where films with a male leading role have a $995,000 (SEK 9m) higher budget on average.

The full report can be found HERE