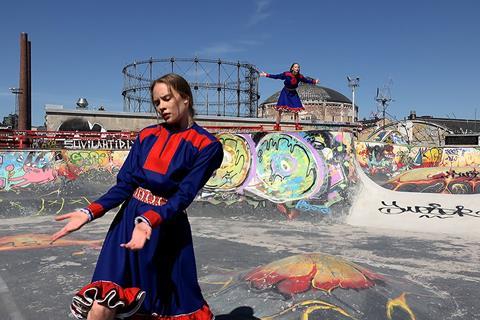 Swiss documentary festival Visions de Réel, which was to have taken place from April 24 to May 2 in the lakeside town of Nyon, has revealed details of the online format it has developed to replace the physical event which was cancelled due to the coronavirus pandemic.

“Visions du Réel 2020 will not take place at the Place du Réel, in the cinemas, in the tent and in the bar, in Nyon,” said artistic director Émilie Bujès, referring to the event’s traditional festival and industry hubs. “But it will resolutely be held on the internet, in almost all its generous diversity, and will visit the spectators at home, further expanding the possible territories,”

The festival said the entire Visions du Réel team had been involved in “enthusiastic discussions” on how to transfer the festival online in a way that remained true to “its rigorous artistic standards and conviviality”.

Under the plan, the festival will run for a longer period with some of its line-up going online as early as April 17.

Most of the selection will be available for home viewing on open-access platforms. The programme will be further enriched by short-form interviews with directors, online masterclasses and digital meet-ups.

All these competitions, the line-ups of which were originally announced on March 10, will go ahead as planned with the juries deliberating remotely.

Beyond the screening programme, honorary guest Claire Denis, who is the festival’s 2020 Maître du Réel, will give her scheduled masterclass online and some of her films will be available on the independent documentary planform Tënk.

The filmmakers Petra Costa and Peter Mettler, to whom the Ateliers 2020 are dedicated, will also give masterclasses online. It will be possible to view a selection of their films on the Doc Alliance platform.

A special exhibition inspired by Jean-Luc Godard’s The Image Book has been postponed until Nyon Castle reopens. The initiative was developed as a long dialogue between Godard, who lives in Rolle on the outskirts of Nyon, and his long-time collaborator Fabrice Aragno and Bujès.

Like much of Europe, Switzerland is currently under lockdown as the country battles to contain the spread of coronavirus. As of March 30, there had been 15,760 cases of Covid-19 in the country and 348 deaths.