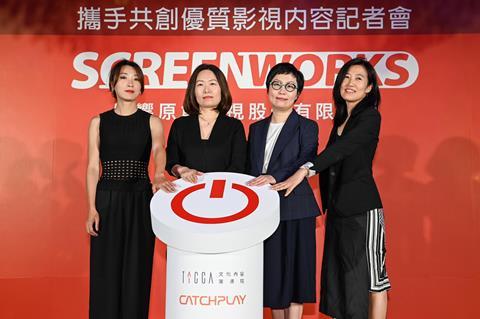 According to a statement, the joint venture aims to increase the quantity and quality of Taiwanese film and TV content produced for international consumption, as well as “facilitate a platform for international collaboration, aiming to make Taiwan a powerhouse for Asian original content.”

Screenworks Asia’s first projects include a sequel to hit Chinese-language drama series The Making Of An Ordinary Woman (2019), which Catchplay distributed on its streaming platform. It is also co-producing a 15-hour crime drama, Mystify In Dust, with Hong Kong’s ViuTV, and Chi: The Method Of Breathing, directed by Yi Liu, a mini-series revolving around martial arts stories in a modern-day setting.

Principle photography for Mystify In Dust has already started this month in Taiwan, with a cast headed by three Golden Horse Award-winners.

Catchplay has distributed films such as La La Land, Green Book and Parasite in Taiwan, and also operates the Catchplay+ streaming service, which has six million users across Taiwan, Singapore and Indonesia. The company has also invested in US productions such as The Revenant, Assassin’s Creed and Martin Scorsese’s Silence, as well as co-producing 20 Once Again with Korea’s CJ Entertainment.

The agency is supervised by Taiwan’s Ministry of Culture and utilises Taiwan’s National Development Fund to invest in the creative industries. According to a statement, it aims to “fill in the industry gaps, systematically, constructing an ecosystem for films with Taiwan-related content”.