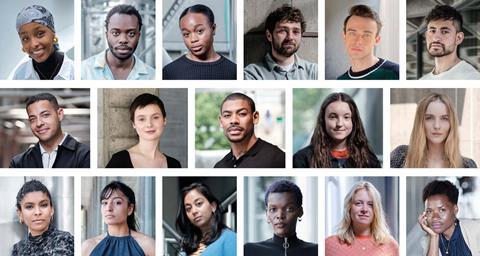 Join Screen International editor Matt Mueller and Stars of Tomorrow curator Fionnuala Halligan on Tuesday, October 5 at 17.00 BST for a virtual event to meet the actors, writers, directors, producers and heads of department who have been selected as this year’s UK & Ireland Stars of Tomorrow.

The 2021 UK and Ireland Stars of Tomorrow line-up was announced on Monday, October 4.

The virtual event will see this year’s Stars take part in a live Q&A, and field questions from attendees, which can be submitted on the day or in advance to orlando.parfitt@screendaily.com. The event will also feature a behind-the-scenes video from the Stars Of Tomorrow photoshoot, which took place this summer at the BFI Southbank.

For the second year, Amazon Prime Video is the headline sponsor, with ScreenSkills returning as the supporting partner, and BFI London Film Festival as the in-kind partner.