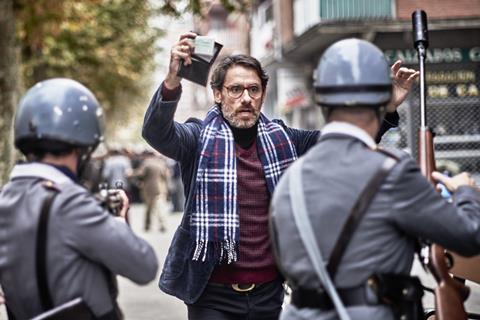 ‘A March To Remember’

Among the new entries are Spanish director Victor Cabaco’s A March To Remember, a 1976-set thriller following a radio journalist during a workers’ strike in a provincial capital.

From India is Hello Arsi, chronicling the day in the life of two strangers who have met on a highway and go on to share a car ride and conversation. Director Sambit Mohanty passed away last year soon after shooting completed.

Eleven of the new titles are in competition, with David Victori’s Spanish psychological thriller The Pact playing out of competition. It follows a mother, played by Belén Rueda, who participates in a dubious agreement to save the life of her comatose daughter.

Of the eleven in competition, six originate from Europe, two from Asia, two from the Americas and one from Africa.

The First Feature Competition will give out three awards – best film plus two special jury prizes for outstanding artistic achievements in a particular field. The jury will be announced next month ahead of the festival.

Read more: How top festivals are teaming up to support films and cut costs