'The Alienist' sequel 'The Angel Of Darkness' gets TNT order 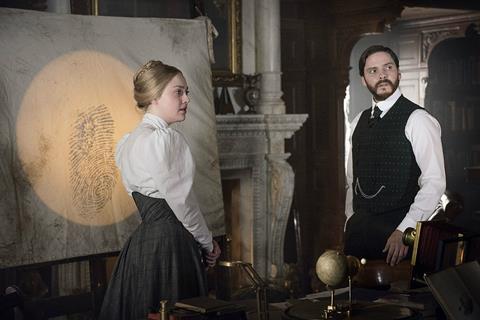 Dakota Fanning and Daniel Brühl in ‘The Alienist’

Emmy-nominated limited series The Alienist is getting a sequel, with the TNT cable network ordering a series adaptation of The Angel Of Darkness, novelist Caleb Carr’s 1997 follow-up to The Alienist.

The Alienist stars Daniel Brühl, Luke Evans and Dakota Fanning will play the same characters in the sequel, whose source material, once again set in late 19th century New York, is about the search for the missing infant daughter of a Spanish dignitary visiting the US.

Like The Alienist, which has been nominated for six Emmys, including best limited series, The Angel Of Darkness will be co-produced for TNT by Paramount Television and TNT sister company Studio T.

The executive producers, all of whom worked on The Alienist, will be Eric Roth, Anonymous Content’s Steve Golin and Rosalie Swedlin, and Cary Joji Fukunaga.

Announcing the sequel order, TNT executive vice-president of original programming Sarah Aubrey said: “We could not be prouder of The Alienist’s outstanding, award-worthy performance and all of the work the incredible actors and crew put in to bring that story and time period to life.

“Our audience fell in love with these multi-dimensional, timeless characters and the journey of their struggles living in complicated times. With this new story in TNT’s Suspense Collection, we will further immerse viewers into their world as they are confronted with a new enemy.”