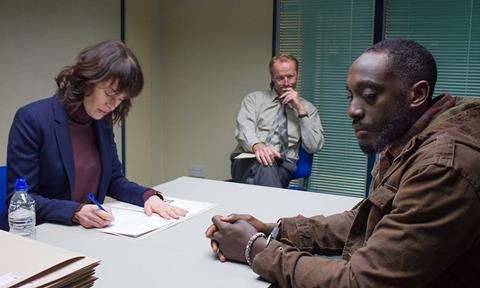 Source: First-look image from Screendaily, May 2017

Kirk D’Amico and his team have acquired all rights excluding the UK to the political drama that includes Ivanno Jeremiah from Humans and the upcoming Game Of Thrones prequel.

Anthony Woodley directed from a screenplay by Helen Kingston about a tough immigration officer (Headey) assigned to assess a young man (Jeremiah) seeking entry to the UK who may harbor sinister intentions.

“Anthony Woodley has deftly directed a compelling story which addresses the refugee crisis in a real and human way,” said D’Amico. “The performances led by Lena Headey and Ivanno Jeremiah are powerful and emotional and should be considered highly in the upcoming awards season.”