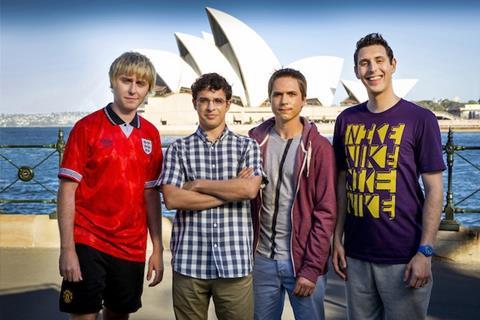 The Inbetweeners 2 is to open in cinemas across the UK and Ireland on August 6 2014.

The feature is written and directed by series creators, Damon Beesley and Iain Morris, and produced by Spencer Millman (The Mighty Boosh).

The Inbetweeners 2 is produced by Bwark Productions, a Zodiak Media company, and co-financed with Film4. Entertainment Film Distributors are distributing the film in the UK & Ireland.

The first film - a spin-off from a TV comedy that aired on Channel 4’s digital station E4 - grossed more than $90m at the worldwide box office when released in 2011.