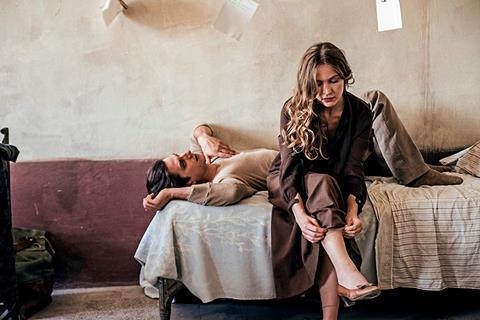 The UK’s New Wave Films and Germany’s Piffl are among the international distributors to have snapped up rights to Pietro Marcello’s award-winning Jack London adaptation Martin Eden from leading German sales outfit The Match Factory.

Martin Eden made its world premiere in Venice where it won the Coppa Volpi for best actor for Luca Marinelli. It went on to win the Platform award at TIFF last weekend.

The film was released in Italy by 01 Distribution on September 4 and has posted over 116,000 admissions. It will next open in France on October 16 via Shellac.

Martin Eden is a co-production between Avventurosa, Ibc Movie with RAI Cinema, Shellac Sud and Match Factory Productions, in co-production with Bayerischer Rundfunk and in association with ARTE.

Marinelli stars with Jessica Cressy, Denise Sardisco and Carlo Cecchi. He plays an unskilled worker who falls in love with the daughter of a wealthy industrial family and is spurred to rise above his humble origins.