Alexandra Kotcheff and Hannah Leder’s Triple F-Rated feature The Planters - the rating given to films directed and/or written by women, which also includes women in significant roles on screen – has been named Film of the Festival at the UK’s Raindance Film Festival (September 18-29). 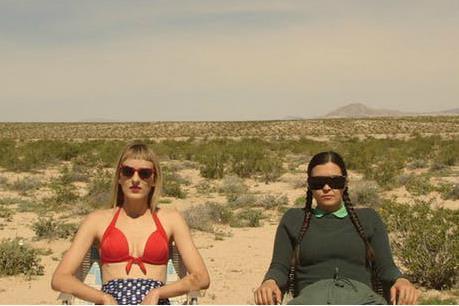 Written, directed and starring Kotcheff and Leder, The Planters is a dark comedy about a reclusive telemarketer who befriends a homeless woman with multiple personalities.

Mary Jimenez and Bénédicte Liénarddocumentary By the Name of Tania, another F-Rated winner, won best international feature. The film debuted at the Berlinale earlier this year and relays the true testimonials of sex workers.

The best UK feature prize was awarded to On the President’s Orders, a documentary directed by Emmy-winners James Jones and Olivier Sarbil about President Duterte’s bloody campaign against drug dealers and addicts in the Philippines.

The 27th edition of Raindance closes on September 29 with Susanne Heinrich’s German comedy Aren’t You Happy.

Film of The Festival: The Planters

Best International Feature: By the Name of Tania

Best Documentary Feature: Who Made You?

Spirit of The Festival Award: Alice

Best Performance: Evgeniy Tsyganov, The Man Who Surprised Everyone

Best Short of The Festival: Brotherhood