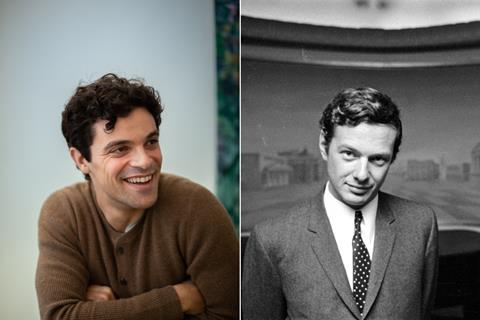 Midas Man will begin shooting this autumn, Screen has confirmed. It will film in the UK at Twickenham Studios and on location in London and Liverpool as well as the US.

Nicola Pearcey, former president of Lionsgate UK and Europe, has also joined the project as executive producer through Picnik Entertainment.

Swedish director Åkerlund will also have creative input on the film’s soundtrack. His previous credits include Netflix action thriller Polar and 2018 Sundance horror Lords Of Chaos, as well as music videos for Madonna, U2, Lady Gaga and Beyoncé.

The film will chart Epstein’s role in the cultural revolution and creative explosion of the 1960s, highlighting his influence on pop music and its impact worldwide. He discovered and guided acts including The Beatles, Gerry and The Pacemakers and Cilla Black, as well as opening his own theatre to promote artists including Jimi Hendrix, The Who, Cream and Pink Floyd.

Midas Man is produced by Kevin Proctor and Perry Trevers at StudioPOW, and Trevor Beattie and Jeremy Chatterton at Trevor Beattie Films, both UK outfits.

The screenplay is written by Jonathan Wakeham, based on a screen story by Brigit Grant. Mister Smith Entertainment is handling worldwide sales.

“Brian Epstein was a man of immense charm; good looking, he was adored by men and women equally,” said producer Trevers. ”Despite heavy workloads, high expectations and constant pressure, his staff that worked alongside him showed a loyalty and a love for Brian that endures to this day.”