'The Silence Of Others' takes top Sheffield Doc/Fest prize 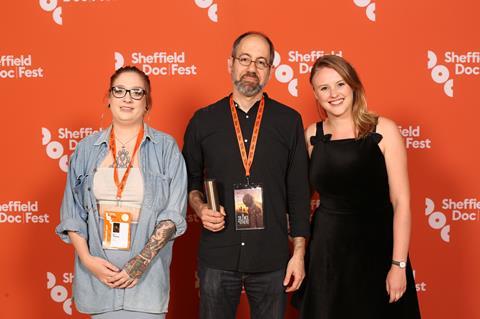 The 25th edition of Sheffield Doc/Fest presented its winners on June 12, with The Silence Of Others by Almudena Carracedo and Robert Bahar taking the Grand Jury award.

The film takes in the struggle of victims of Spain’s 40-year dictatorship under General Franco, and their continued search for justice today. It was executive produced by Pedro Almodóvar and his brother Agustín.

Screen’s review described it as ‘a moving salute to the small victories of determined individuals’.

Supported by Screen International and sister publication Broadcast, the award comes with a £2,000 prize.

A special mention went to Bernadett Tuza-Ritter’s A Woman Captured, described by the jury as a ”troubling but astonishing insight into the under-documented issue of modern slavery.”

The environmental award went to Jumana Manna’s Wild Relatives, which looks at the matrix of people and plant lives between two disparate places, the Antarctic and Lebanon.

The Tim Hetherington award, named in honour of the British photojournalist killed in the Libyan civil war in 2011, was given to Dieudo Hamadi for Kinshasa Makambo, which follows three young Congolese activists in their original efforts to mobilise a rebel generation.

Presenting the award were jury member Dorothy Byrne (head of news & current affairs at Channel 4) and Judith Hetherington, mother of Tim, who described the winner as “highly informative and emotionally engaging.” The award comes with a £2,000 prize. 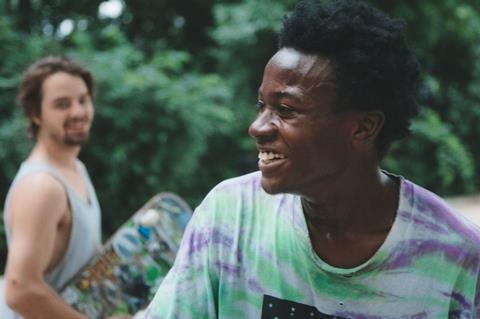 In its second year, the Illuminate award (with £1,000 prize) went to Erick Stoll and Chase Whiteside’s América, about three brothers caring for their 93-year old grandmother. Jury member and filmmaker Sophie Fiennes said, “It shows how despite the radical demands of extreme old age there is still the space for nobility and love.”

The Art Doc award went to Ismael Caneppele’s Music When The Lights Go Out, with jury member and programmer Ashley Clark saying it “displays a nuanced and original approach to genre and gender, boasting a formal fluidity that matches its striking subversion of coming-of-age-tropes.”

Bing Liu’s Minding The Gap picked up two prizes – the New Talent award and the audience award, voted for by attendees to the festival. Jill Magid’s The Proposal scored a special mention in the former category.

The Youth Jury award with £1,000 prize went to Mohamed Siam for his portrait of a politicised teenager in contemporary Egypt, Amal.

The Short Doc award, also with a £1,000 prize, was won by Ed Perkins’ Black Sheep, with Weltschmerz picking up a special mention.

Top amongst pitches competing for a funding prize was Mirror Mirror On The Wall from Sascha Schöberl, which receives £80,000 towards creation of the final film. Megumi Inman’s Disappearing Village placed second, receiving a £15,000 contribution.

Read more: “The ‘D-word’ is no longer dirty”: experts on state of play for docs