'The Trip To Greece', Sean Penn Haiti documentary to premiere at Tribeca 2020 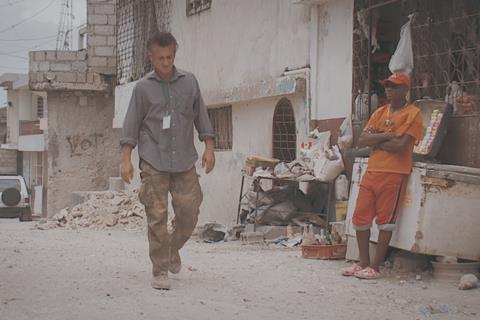 The world premieres of The Trip To Greece and a documentary about Sean Penn’s relief work in Haiti, as well as the inaugural Women at Work documentary showcase are among the line-up of 115 features announced by Tribeca Film Festival on Tuesday (3).

Michael Winterbottom’s The Trip To Greece reunites Steve Coogan and Rob Brydon and marks the fourth feature entry in the comedy series. It screens in Spotlight Narrative.

Don Hardy’s documentary Citizen Plus screens in Movies Plus and chronicles Penn’s activism and charitable work in the disaster-struck Caribbean island nation.

Women at Work showcases documentaries that ask what it means to be a working woman today. The selections are: Girls Can’t Surf by Christopher Neliusm; Picture A Scientist by Ian Cheney and Sharon Shattuck; and Women In Blue by Deirdre Fishel.