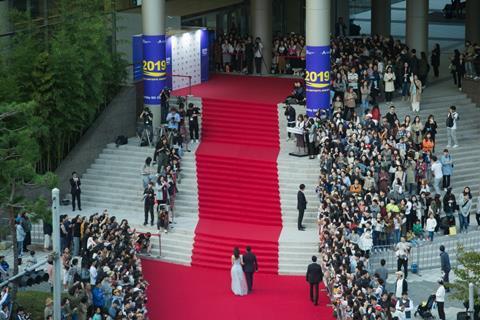 Busan’s Asian Contents & Film Market (ACFM) has announced nominees for the second Asia Contents Awards, with Taiwanese drama The Victims’ Game and Chinese OTT series The Bad Kids both garnering five nominations, including one each in the top best creative category.

Recognising outstanding Asian content from TV, OTT and other diverse platforms, the Asian Contents Awards received 75 submissions from 17 countries this year. The final selection has 28 works from 12 countries competing in seven categories.

Produced by Greener Grass Production and released on Netflix, The Victims’ Game is a story about a forensic detective with Asperger’s syndrome. It picked up nominations for Hank Tseng and Phil Tang in best creative, Joseph Chang for best actor, Liang Shu-ting and Hsu Ruei-liang for best writer, Moon Lee for best newcomer actress and one for cinematography in the Technical Achievement Award category.

Produced and released by iQiyi, The Bad Kids picked up a nomination for Dai Ying for best creative, one for best Asian drama, one for Wang Sheng-do for newcomer actress, one for Rong Zi-shan for newcomer actor, and one for production design in the Technical Achievement category.

Other nominees include Korean dramas such as Kingdom Season 2 with four nominations including for best Asian drama and The World Of The Married and Crash Landing On You with three nominations each. Thai TV series In Family We Trust picked up two nominations and Japanese TV series Nagi’s Long Vacation got one.

The Lifetime Achievement Award, Excellence Award and Best Rising Star will be announced without nominees on the day of the ceremony.

Due to the Covid-19 pandemic, the Awards will be broadcast online on the Busan International Film Festival’s official YouTube channel at 4-6PM (KST) on October 25.

The ceremony is to be hosted by Nichkhun, actor and a member of Korean boy band 2PM, and Kim Sae-yeon, last year’s host and winner of the Miss Korea 2019 title. Korean girl band Lovelyz and Kim Jae-hwan, who sings the original sound track from Crash Landing On You, will give performances.

The Awards will be complying strictly with government social distancing measures so only hosts and performers will be at the onsite venue and the rest of the participants will be attending online.

The 25th Busan International Film Festival will run October 21-30 with the ACFM October 26-28.