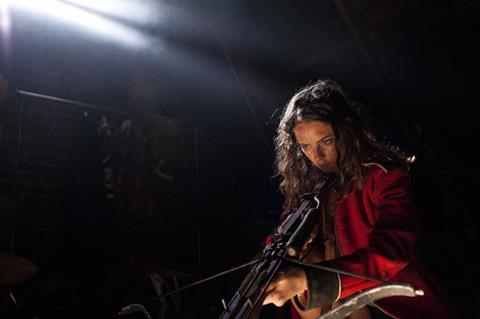 Altitude Film Sales in handling international sales and will debut footage in Cannes.

It is set in the UK but is being shot in Cape Town, South Africa.

Scodelario plays Kelly, a teenager who fights back after an armed gang break into her boyfriend’s home and take him and his family hostage.

Tiger House is the first film by to be produced by Glass Man Films, comprised of producers Richard Mansell (Only Lovers Left Alive) and Tarquin Glass, in partnership with South African producer Ronnie Apteker (Material).

Executive producers are Tendeka Matatu for Ten10 Films, Will Clarke, Andy Mayson and Mike Runagall for Altitude, and Gary Millner.

The film is set for completion in late 2014.