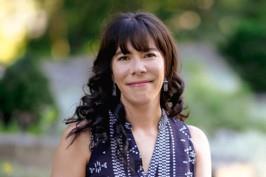 Deer joins the previously announced roster of honourees ahead of the 2020 TIFF Tribute Awards on September 15.

The award, presented by L’Oréal Paris and supported by MGM, champions a woman who is “an emerging talent making groundbreaking strides in the industry” and is presented in the spirit of Toronto native, trailblazer and United Artists co-founder Mary Pickford.

Beans is inspired by Deer’s own experiences and tells of a young Mohawk girl who comes of age during the 1990 Oka armed stand-off over land rights. WaZabi Films holds worldwide rights excluding Canada.

The script, written by Deer and Meredith Vuchnich, was supported by the TIFF Studio programme, and in 2019, both women won the TIFF–CBC Films Screenwriter Award. Deer also participated in TIFF’s Filmmaker Lab (2018); Studio (2017) and Pitch This! (2017).

Her TV credits include the documentaries One More River: The Deal That Split The Cree, Club Native, and Kanien’kehá:ka: Living The Language, and the series Mohawk Girls,

On September 11 Halle Berry will discuss her directorial debut, Bruised. The In Conversation With… virtual event will explore Berry’s experience directing and starring in the film as well as her career in film and TV. The event is part of the Share Her Journey campaign empowering women behind and in front of the camera.

The overall number of speakers at this year’s Industry Conference represents a 50/50 gender split, as do TIFF Talent Development initiatives such as TIFF Studio and Filmmaker Lab.

TIFF also announced on Monday that Molly McGlynn will receive the Micki Moore Residency for 2020, a screenwriting residency for women supported by Toronto journalist and broadcaster Micki Moore and Share Her Journey. McGlynn, an Ambassador for Share Her Journey, will receive a 10-week residency, mentorship from a script consultant, industry accreditation for the festival, and $3,000 towards developing her screenwriting project.