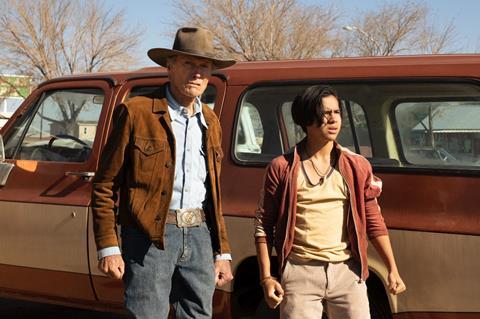 Both films will be screened in physical theatres in the Hibiya district of Tokyo. Eastwood directs, stars in and produces Cry Macho, which WarnerMedia released in the US theatrically and on HBO Max on September 17. The film is scheduled for Japanese release on January 14, 2022.

Dear Evan Hansen is an adaptation of a hit musical by the songwriting duo of La La Land and The Greatest Showman, starring Ben Platt, Amy Adams and Julianne Moore. It premiered at this year’s Toronto International Film Festival and will be released theatrically in the US by Universal Pictures on September 24. Japanese release is scheduled for November 26.

TIFF also announced that the festival will look back on the work of late animator Yasuo Otsuka (1931-2021) in this year’s Japanese Animation Section. Other programmes within this section include ‘Seeing 2021 Through the Main Character’, exploring themes in the latest animated works, and a focus on the 50-year-old Kamen Rider series, which will be highlighted in the Tonkusatsu section.

The Gala section will also screen the world premiere of Churuli from Indian director Lijo Jose Pellissery, whose last film Jallikattu was India’s submission for best international feature at this year’s Academy Awards.