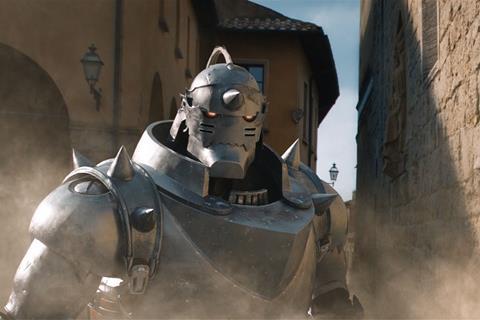 The 30th edition of the Tokyo International Film Festival (TIFF) will open with Fumihiko Sori’s Fullmetal Alchemist, while An Incovenient Sequel: Truth To Power will close the ten-day event (October 25-November 3).

In addition, TIFF will screen highlights from Chen Kaige’s upcoming Legend Of The Demon Cat as a ‘Special Opening Presentation’ at the festival’s opening ceremony.

Described as the biggest ever Japan-China co-production, the film tells the story of a Japanese Buddhist monk who visits Tang Dynasty China. Shota Sometani and Huang Xuan head the cast.

TIFF also recently unveiled details of its annual Special Night Event at Kabukiza Theatre, which will feature a screening of the restored version of Teinosuke Kinugasa’s Gate Of Hell (Jigokumon) and a performance from renowned Kabuki actor Ichikawa Ebizo.

Gate Of Hell won the Cannes Grand Prix in 1954 as well as Academy Awards for best foreign film and costume design.

The full line-up of the festival will be announced on September 26.