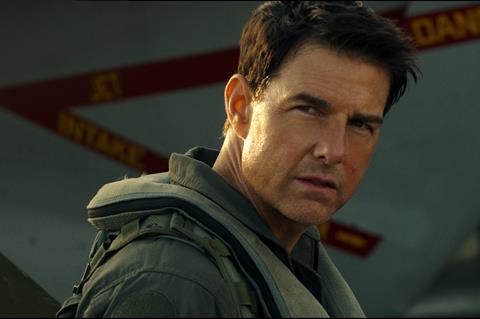 The action sequel marks the higest-grossing release of Cruise’s career and that of 110-year-old Paramount, which is giving it a hefty awards season push across multiple categories including best film and lead actor.

Cruise will receive the honour at the 34th Annual Producers Guild Awards on February 25 2023 at The Beverly Hilton. The Selznick Achievement Award recognises a producer or producing team “for their extraordinary body of work in motion pictures” and has gone to the likes of Steven Spielberg, Barbara Broccoli, Mary Parent, David Heyman, and Kevin Feige.

“Beginning with Mission: Impossible, Tom Cruise has developed a talent for producing to match his extraordinary talent as an actor. Tom approaches producing with the same meticulous attention to detail he brings to all of his professional endeavors,” said PGA presidents Donald De Line and Stephanie Allain. “His commitment to telling bold, cinematic, and entertaining stories has elevated the global theatrical experience and has resulted in some of the most popular motion pictures in history.”