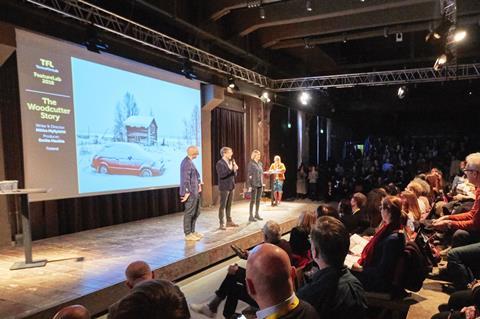 The TorinoFilmLab (TFL) has revealed the 11 new projects selected for the 2019 FeatureLab training programme.

Seven of the projects are debut films this year, with four directed by women and nine women producing.

For the first time a documentary project is in the line-up: Cristina Picchi’s About The End.

Focusing on first and second feature films, the lab selects projects at an advanced stage of production and helps a team of directors, scriptwriters and producers get their ideas on screen.

This year’s line-up has a focus on diversity and links to local culture, according to Vincenzo Bugno and Violeta Bava, curator and head of studies at the TFL.

The FeatureLab will include two residential workshops (in June and in September) during which the participants will work on the various stages of production and filmmaking, from scripting to direction to sound design, financing and audience engagement strategies, alongside international consultants.

The training will conclude with the annual TFL Meeting Event in November, where the filmmakers will present their projects to an industry audience.

A previous FeatureLab project, Port Authority, has been selected for this year’s Un Certain Regard strand in Cannes. It is the debut film of Danielle Lessovitz, who won the FeatureLab’s €50,000 ($56,000) co-production fund prize with producer Virginie Lacombe in 2016. The film is co-produced by Martin Scorsese’s Sikelia Productions together with Brazilian outfit RT Features and MUBI.