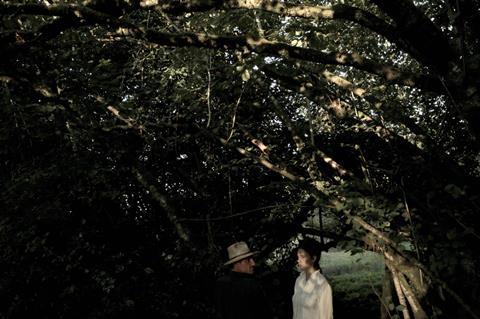 The three-day event served as a showcase for the new projects developed within each of the TFL programmes, and as a pitching platform attended by international festival representatives, distributors and sales agents.

Deepak Rauniyar’sThe Sky Is Mine, a collaboration between partners from Nepal, Norway, Germany, the Netherlands and Singapore, won the inaugural €50,000 TFL World Co-Production Fund Award, supporting the making of a feature film by an experienced filmmaker.

The Hamilton Behind The Camera award, a €5,000 prize (that includes a wristwatch) aimed at supporting the development of a Scriptlab project and granted by the Swiss watch brand was presented.to Bayu Prihantoro Filemon’s The Songsmith.

The €8,000 CNC award for a project in the ScriptLab programme was handed to Michael Wahrmann’s Painless. Lkhagvadulam Purev-Ochir’s Ze received a special mention.

Schäublin and Unrest producer Michela Pini also won the Amsterdam Post Lab award which includes €5,000-worth of image post-production at Filmore, a further €5,000 sound post-production at Posta and a scholarship for Pini at the2020 APost Lab workshop.

In the Coming Soon night of the Meeting Event, held on November 23, TFL revealed full details of the five projects at various stages of production that have been developed in its programmes.

Cuban Dancer (Italy-Canada-Chile)
Dire: Roberto Salinas
Prod co: Indyca
A documentary following four years in the life of a Cuban classical dancer and his family as he moves from Cuba to New York for his career. Post-production will start in early December. Filmoption is handling sales.

Noche De Fuego (Mexico-Germany-Brazil-Switzerland)
Dir: Tatiana Huezo
Prod co: Pimienta Films
The mothers of three young girls disguise them as boys in a rural town plagued by violence. The film is now in post and is scheudled to be ready in January. The Match Factory has international sales rights.

La Nuit Des Rois (France-Canada-Ivory Coast)
Dir: Philippe Lacôte
Prod co: Banshee Films
In West Africa’s largest prison, entirely controlled by its inmates, a young prisoner is chosen and forced to tell a story to survive. The film is now in post-production and aims to be ready by spring 2020. Memento Films is handling sales. s

Sweat (Poland/Sweden)
Dir: Magnus Von Horn
Prod co: Lava Films
Three days in the life of a fitness star on social media who struggles to find intimacy in real life. Now in the editing suite, expected to be ready for mid-2020. New Europe Film Sales is on board for international rights.