EXCLUSIVE: Acquisitions ahead of the festival include Mijke de Jong’s Layla M, which premieres in TIFF’s Platform strand. 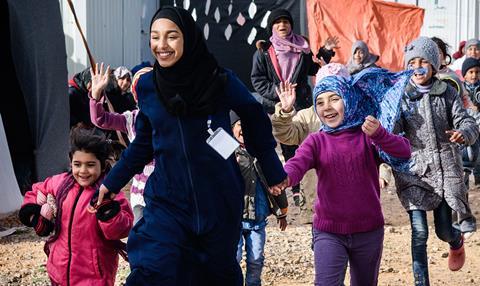 The company has picked up Mijke de Jong’s drama Layla M [pictured], which is set to premiere in the Platform competition section. The film follows an 18-year-old Dutch girl with Moroccan roots who joins a group of radical Muslims.

Director de Jong won a Crystal Bear at Berlin Film Festival in 2004 for his music drama Bluebird. Layla M was produced by Topkapi Films, Menuet, Chromosom Film, Schiwago Film, and NTR and will receive its European Premiere in competition at the BFI London Film Festival in October.

Beta has also moved for Mahmoud al Massad’s dark comedy Blessed Benefit, which follows a Jordanian contractor who is imprisoned on an unfair fraud charge. Once inside, he soon finds himself carving out a position for himself once he learns the rules and rhythms of being incarcerated.

The co-production from Jordan, Germany and the Netherlands was produced by Twenty Twenty Vision, Jo Image, Habbekrats and Isee and plays in TIFF’s Discovery strand.

The sales outfit has also taken Turkish film-maker Yesim Ustaoglu’s Clair Obscur, a psychological drama about two women who are deprived of their right to be loved in a relationship of their choosing. The film debuts in TIFF’s Contemporary World Cinema programme and was produced by Ustaoglu Film, unafilm, Slot Machine, Aeroplan Film, and ZdF/arte.

The final new title on Beta’s line-up is Nicole van Kilsdonk’s The Day My Father Became A Bush, which is based on the novel by Dutch author Joke van Leeuwen. The film, produced by Lemming Film, Nukleus Film, A Private View, and Minds Meet, premieres in the TIFF Kids section.

In total, the company boasts five titles in TIFF’s official selection, also including Elite Zexer’s Israeli drama Sand Storm, about two Bedouin women and their struggle with their way of life, which premiered at Sundance in January where it won a grand jury prize.