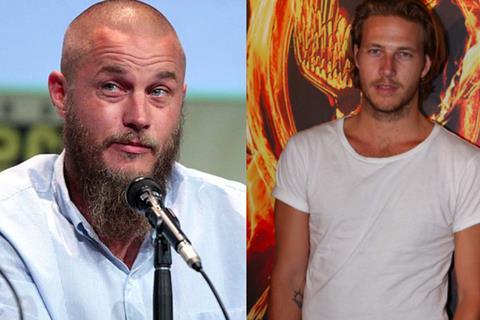 Travis Fimmel (Vikings, Warcraft) and Luke Bracey (Hacksaw Ridge, Point Break) will star in Vietnam War film Danger Close, one of the marquee titles on a New York-based Saboteur Media slate that president of distribution Mark Lindsay will introduce in Cannes next week.

Richard Roxburgh (Breath, Hacksaw Ridge) and Daniel Webber (The Dirt, The Punisher) also star in the Australian production that Kriv Stenders (Red Dog) will direct from a screenplay by Stuart Beattie (Collateral, Pirates Of The Caribbean: The Curse Of The Black Pearl).

Danger Close chronicles the events of August 18 1966 in south Vietnam, where for three-and-a-half hours in torrential rain a largely inexperienced company of Australian and New Zealand soldiers held off approximately 2,500 Viet Cong soldiers.

As their ammunition ran out and casualties mounted, the youngsters situated on the Long Tan rubber plantation braced themselves for the fight of their lives.

John Schwarz and Michael Schwarz (The Hunter’s Prayer, Killerman), are producing with Martin Walsh (The Battle Of Long Tan).

Principal photography is scheduled to commence this month in Queensland, Australia with the backing of the Australian federal government and the Queensland government through Screen Queensland. Transmission Films will distribute in Australia and New Zealand.

Fimmel and Bracey are two of Australia’s hottest young stars. Fimmel will play the captain of the company and starred in the HISTORY series Vikings as well as Warcraft: The Beginning. He will next be seen in the upcoming Dreamland with Margot Robbie, and Finding Steve McQueen with Forest Whitaker and Rachel Taylor.

Bracey broke out in Mel Gibson’s global hit Hacksaw Ridge and starred as Johnny Utah in the 2015 Point Break reboot. His upcoming credits include the crime thriller Lucky Day for Roger Avary, and the drama American Dream from veteran cinematographer Janusz Kaminski.

“We are extremely honoured and excited to help bring this epic story of heroism, courage and honour to the marketplace,” Lindsay said. “With the full support of the Australian film community, as well as the Australian military services, there is a great deal of goodwill behind this project, and with Kriv Stenders directing a high profile cast with an amazing script from Stuart Beattie, we are confident the movie will appeal to audiences worldwide.”