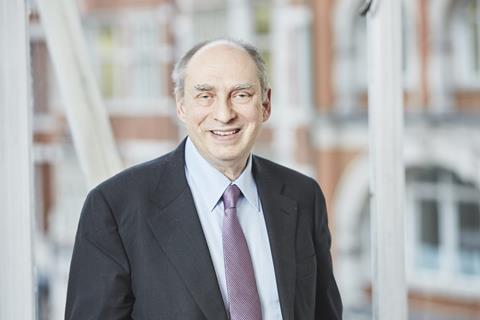 Tributes have been paid from across the UK film industry to Trevor Green, the joint managing director of Entertainment Film Distributors who died yesterday (Thursday April 30), aged 66.

Green had underlying health issues and had been in hospital for several weeks.

Together with his brother, Nigel, Trevor Green turned Entertainment into the UK’s leading independent film distribution company – the one outfit capable of competing on equal terms with the US majors.

Entertainment handled a broad range of films, everything from The Lord Of The Rings (through its output deal with New Line) and Oscar winner The Artist, to Jane Campion’s The Piano, and British TV comedy spin-off The Inbetweeners.

The company was launched in 1978 by the brothers’ father, Michael L. Green, a formidable figure in UK distribution in his own right.

David Puttnam, president of Film Distributors’ Association, said: “I was shocked and enormously upset to hear the news of Trevor’s untimely passing. I had known Trevor Green since he and his brother first entered the industry, and over the years he consistently proved a loyal and generous friend. Nobody should ever underestimate the enormous contribution he and Nigel have made to the sector, turning Entertainment into a unique powerhouse of independent distribution – no mean feat given the challenging environment in which UK independents have always found themselves operating.”

Puttnam continued, ”But his influence went well beyond the day job. Trevor’s tireless and enthusiastic work for the Variety Club, and the huge amount of time and effort he put in to supporting the efforts of the FDA – both will unquestionably be felt for years to come. I know that all of our deepest sympathy goes out to Yael and the whole of the Green family. Personally, I will simply miss him a very great deal.”

“Trevor always kept his cards close to his chest in a business sense but he always wore his heart on his sleeve in terms of being an incredibly good person, an incredibly giving person” said Daniel Battsek, director of Film4. “They were a very, very smart outfit and have been incredibly consistent for a huge number of years now. Trevor was just extremely good at quantifying what sorts of films world work and what it would take to make them profitable.”

“He was such a great friend. We have lost a true, loving and special person – a real mensch. The film industry will never be the same without him,” said Green’s fellow distributor Martin Myers, who had known Green for over 40 years. “He helped a lot of people in the industry.”

Ben Roberts, BFI CEO said: “This is a very sad day and my thoughts go to Nigel and the Greens. Trevor was everything that is good about our business. His passion for films and cinema, his contribution to the growth and success of Entertainment and to UK film distribution, and the way that he conducted his business and industry relationships was a consistent inspiration to anyone who had the good fortune to work with him. We shall miss him.”

Colleagues and film industry professionals have spoken in awe of Green’s meticulous, hands-on approach to distribution.

“I first worked with him in 1992, on Peter’s Friends,” said producer David Parfitt. “I was completely swept away by the hands-on approach to distribution led by his father, Michael, but embraced wholeheartedly by Trevor and Nigel. He and Nigel were involved in every level, from distribution of prints to planning the seating at the premiere. I wouldn’t have been surprised to see Trevor fly-posting in the West End. They really were proper hands-on distributors.”

“They knew the business from A to Z and from Z to A,” agreed Dennis Davidson, founder of DDA Public Relations. Davidson knew the Green brothers from when they were teenagers, as their father was one of his early clients. “Between them, they knew everything,” he said. “They knew the cinema managers, they knew the bookers, they knew what the paper was in Aberdeen, what the ratings were on TV. They were brilliant distributors and marketeers.

“If you were making a big independent film, whether you were a New Line, a Weinstein, a Lakeshore or an individual producer, for decades your first port of call would be Entertainment,” Davidson added.

Chris Young, producer of The Inbetweeners Movie which grossed £42m for EFD in 2011, praised the Green brothers for the film’s “phenomenal success in UK cinemas”.

“Their belief in the film’s theatrical potential and their bold, imaginative and hugely ambitious release strategy paid off magnificently,” said Young. “Trevor was a discreet but powerful presence throughout our campaign. I knew how much of a privilege it was to have him behind us, as I was fully aware of his and Nigel’s genius for creating the sense of a UK movie event. His departure is a terrible loss for UK cinema – for me as a producer he was simply the best kind of film distributor you could possibly want.”

PR executive Aimee Anderson, director of Aimee Anderson and Associates, worked at DDA and handled publicity for the Variety Children’s Charity when Green was Chief Barker. ”He was incredibly warm and incredibly generous,” she said. ”He was incredibly proud and honoured to be Chief Barker. It was something he was humbled by, that they would want him. He was just such a humble man and actually I felt quite shy at times.”

Anderson continued, ”He always took me out for lunch once a month and was always interested in me and what I was doing… He did great things when he was the Chief Barker. He was completely committed and wanted to achieve the best in the time he had. He was so popular as Chief Barker they wanted to keep him on… he was very approachable and actually a lot of fun. He was a really, really lovely man.”

“I came to Trevor and Nigel when I didn’t really know them at all. They backed my feature debut (Preaching To The Perverted) at a time when other people were really turning their back on me,” said filmmaker Stuart Urban of his S&M-based satirical comedy drama. ”They believed in me and Trevor was very, very supportive. They were really getting behind British film, British independent cinema. It wasn’t just that they were playing safe all the time: they would take risks and were very creatively supportive as well.”

Film financier and producer Paul Brett, whose credits include The King’s Speech, said of Green. “His father was a legend just as he and his brother have become legends. His passion was quite simply unrivalled. No-one was as passionate. No-one cared as much. Nobody carried it that extra mile [like he did].”

Mark Batey, the former chief executive of FDA who was very close to Green, said: ”There is no-one in the industry who had film in their DNA in the way that Trevor did. It’s desperately sad and shocking to have lost him in his 60s when he had an enormous amount that he still had to contribute to the British film industry. One of Trevor’s responsibilities was to oversee theatrical releasing. He wouldn’t just oversee marketing; it would be financing and sales, the whole release strategy. He was absolutely immersed in every aspect, all of it.”

The Green brothers were practical, kept costs down, but always ready to put major resources behind the marketing of their releases.

As distributor-exhibitor Pete Buckingham commented in the FDA book, Delivering Dreams, Trevor and Nigel were often bold and innovative. Entertainment released Campion’s The Piano on 90 screens. “You don’t do that! 90 screens on an art movie… you go out on 10.”

Entertainment also invested heavily on billboard advertising. “They blew apart all the systemic assumptions that we were all making,” Buckingham recalls of their campaign. “They went straight to what the film was and what the audience was and built the campaign around that.”

Trevor, who had a young family, was an intensely private person. However he was active in charitable causes and served as Chief Barker of Variety, the Children’s charity, and was a trustee at the Film & TV Charity.