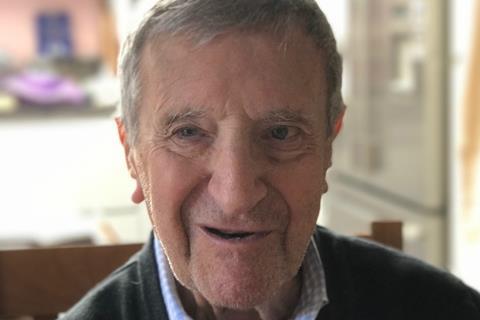 Tributes have been paid to veteran British film marketing and publicity executive, Gerry Lewis, who died on January 5 aged 91.

The London-born executive was best known as Steven Spielberg’s international marketing consultant, working with the filmmaker for 47 years from Dual in 1971 to Ready Player One in 2018. “He was really there for me before anyone else,” said Spielberg, shortly after Lewis’ death.

Born in Battersea in April 1928, Lewis started work as a journalist for the Wandsworth Borough News in 1944 and became a film columnist before entering public relations, working for London-based Mayfair, Mullally & Warner and looking after music stars including Vera Lynn and Frankie Laine.

In 1954, Lewis became a unit publicist for the Rank Organisation before moving on to British Lion, Paramount and EMI. He went on to work for Cinema International Corp (CIC, later UIP), Paramount’s joint venture with MCA Universal.

Speaking to ScreenDaily, his son, Paul Lewis, reminisced about his father’s lengthy association with Spielberg.

“It really became more of a special relationship in 1982 when he [Lewis] had left CIC and one of his first consultancy projects was E.T.,” Lewis recalled. “From E.T. onward, he worked on everything that Steven did, certainly as a director and, for many years, most of the things he produced as well.

“He was with Steven right at the start and Steven has been fiercely loyal and trusting of people who were around him at the start. He came to trust my dad’s knowledge of the international marketplace and felt reassured he had somebody on his team who knew the differences between Brazil and Italy and knew what it took to make a film work in different cultures.”

Lewis said that his father became especially valued by Hollywood studio executives in the 1960s because of his understanding of the international marketplace.

“Everyone has a mentor in their life as they travel along and Gerry was one of the most influential figures in my life, for sure,” said Duncan Clark, president of distribution at Universal Pictures International, who worked under Clark for several years.

“He was a very powerful and energetic executive with tremendous enthusiasm for what he did. He had wicked humour and irreverence but, at the same time, was completely dedicated to the marketing craft.”

Tributes have also been paid to two other senior figures in UK distribution and marketing who died earlier this month.

John Mahony was the inaugural chair of both AIM (All Industry Marketing for Cinema, now Cinema First) and Film Education. He died aged 94, following a short illness, on January 14.

Born in Northern Ireland, Mahony was an accountant who ended up taking over National Screen Service in London, which he ran for many years with a senior management team, eventually selling the business to Carlton.

“John was a fierce advocate of AIM as a body to promote cinemagoing and - together with Jimmy Katz, Daniel Battsek and other key figures - ensured that AIM broke ground in its partnership campaigns,” said Mark Batey, former CEO of the UK’s Film Distributors’ Association (FDA).

“The current Meerkat Movies scheme is the latest incarnation of a programme initiated under John’s chairmanship decades ago.”

Batey also noted the death of film publicist Peter Scott, who worked on the original Star Wars in 1977, taking a squadron of stormtroopers around local shopping centres.

Scott came to specialise in regional publicity, ensuring that film journalists on local newspapers and radio stations were serviced with screenings, press conferences and materials. These were carried out through the Cinema Days events that he co-ordinated, first under the auspices of AIM and then FDA.

Latterly, Scott worked for the publicity team at Guild Pathé Cinema. “He was well known across the industry,” said Batey. “Tall, quietly spoken and immensely well-read, Peter was a great organiser who was always happy to keep himself well out of the limelight.”